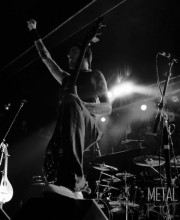 Eluveitie has released a lyric video for their song “Your Gaulish War” off of their Spirit album. The song is s part of the re-mastered collection which celebrates the ten year anniversary of the band’s debut album.