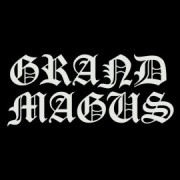 Swedish metal band Grand Magus have released a lyric video for the title track off of their upcoming album The Hunt. The Hunt is set for release on May 25th via Nuclear Blast and will be the bands sixth studio album. The album was produced by Nico Elgstrand who is being praised for it’s aulthentic 70’s sound/feel. You can listen to it here.