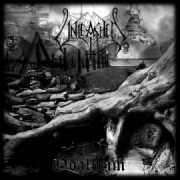 Swedish blackened death quartet Unleashed have released a lyric video for the title track to their upcoming album Odalheim.  The band has described the album as, “the story about the future of Yggdrasil and those who survive Ragnarök. It is the story of the Midgard Warriors who carry on the Viking tradition into the new world Odalheim.”

Odalheim is going to be their eleventh full length album and is due out April 20th in Europe and April 24th in North America via Nuclear Blast.