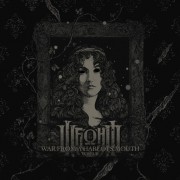 More On: Metalcore, Video, War from a Harlots Mouth, Lifeforce Records
share on: