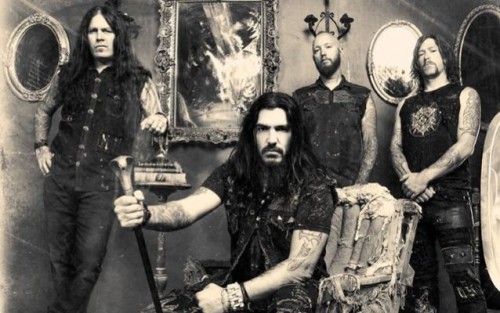 Machine Head‘s new Bloodstone & Diamonds has proven to be one of the best releases in the long running act’s history. Heck, I honestly am not sure if I have enjoyed any of their albums more and I’ve been into metal for about two decades now. “Cast off the shackles of the past,” sings Rob Flynn as the band grooves hard and even embrace a moody string section on the intro and chorus. The video is pretty good, though not as good as the song itself. The visuals kind of have a Metallica in the 90’s “Until It Sleeps” trying to be weird thing going on before a bunch of gas masked Bodom fans (joke) come along and shoot the guys. But yeah, this record kicks total ass and I’ve gotta find a way into their upcoming NYC date. No thrash band of their high-profile size released anything nearly  as good this year, in my opinion (no offense to Exodus, I just prefer the Rob Dukes-era stuff).

Check “Now We Die” out here and don’t look back. Can we petition for Flynn to have a Game Of Thrones cameo now?