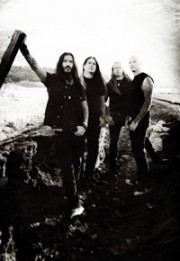 Singer/guitarist Robb Flynn of California metal group, Machine Head, was interviewed by Loudwire.com recently. In the interview Flynn discussed the band’s 20-year career as well as the new album “Unto the Locust”.

“I’ve been playing in bands since I was 15 years old. I’ve been on tour since I was 18. I don’t really know anything else, so I’ve never had a Plan B — this kind of had to work. I think when you try and tackle something with that much tenacity you make it work.”

“Unto The Locust” was released September 26th 2011 via Roadrunner Records.