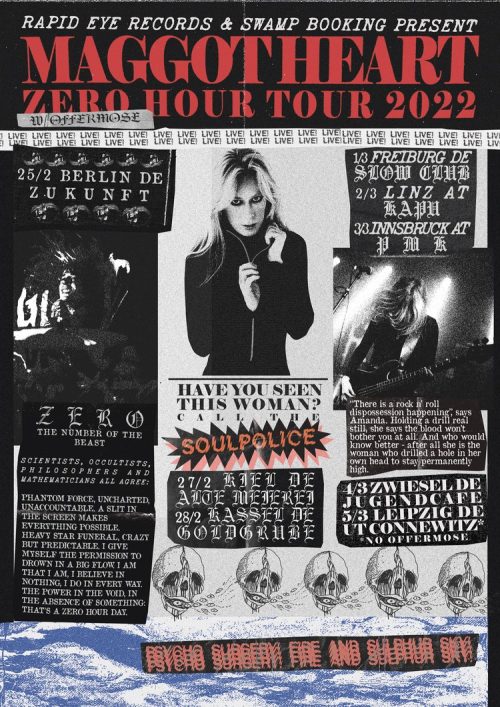 The Berlin-based noise rock-meets-hard rock trio MAGGOT HEART are on a roll right now. They recently had two original songs featured in the critically acclaimed Swedish crime drama series Dough, and came out with some of their best work to date on the split EP with OKKULTOKRATI in September. Next month they open up for AMYL & THE SNIFFERS, as well as headline their own Berlin show before heading out on the first leg of their “Zero Hour Tour” in February 2022 – bringing with them the Danish act Offermose as support. All dates below, pre-sale tickets on sale here.