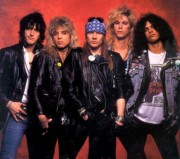 So, a 48 year old man by the name of Thomas Michael Wilhelm allegedly drank a bunch of pills down with some vodka, stole his neighbors handgun (by the way, what kind of asshole doesn’t keep his guns locked up???) and shot his ex.  Reportedly the two had dated before and were now business partners.  Although this is obviously tragic and no one deserves to die, one has to wonder, what did she do to make this dude go Syd Barrett shit crazy on her and sing a fucking GNR song while killing her?[youtube]http://www.youtube.com/watch?v=Le1u6BTm0SQ[/youtube]