Manifestations of the Divine riff: 4 album picks for September (Morgan) 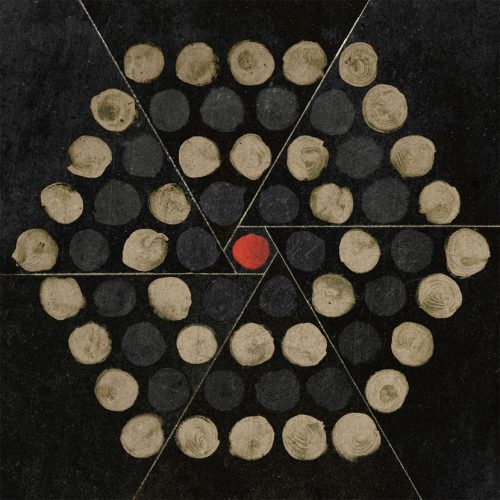 Dustin Kensrue and the Thrice boys lead the pack for me this month. It was my favorite hard rock record of September, even though it also has some very quiet moments. I know there was a lot of super good heavier stuff out this month (Pig Destroyer, Bangladeafy and the proggy, great new Voivod or rowdy Clutch releases of course deserve a tip of the hat) but pound for pound I think Thrice’s first release for Epitaph is a fantastic release and probably my favorite from the band since way back around The Artist In The Ambulance.  That is not to say they haven’t released anything good since then, far from it. I just happened to really connect with these new songs and think it is a damn fine rock album, as great a release from a band ten albums into their celebrated career of expectation upturning as you are ever likely to hear.

I can remember around the time of The Illusion Of Safety or maybe Artist when they were working with Island that there was chatter in the press they were gonna be the next Metallica. I thought that was a bit much of an expectation to hoist on the dudes and people should prob just let them do their own thing and develop. In 2018 a song like “Everything Belongs” might make you think they are the next Coldplay. I for one love Coldplay but that would also be kind of ambitious. Not to say Thrice can’t still sell a buttload of records. This album has plenty of room for hit material, but also makes interesting statements and musically is an excellent balance between accessible and far from bland artistry. Heck, Emma Ruth Rundle is even on it and everything she touches is amazing.

Kensrue has always had a stirring voice, that slightly raspy yet catchy upper register that can make anyone want to sing along or connect with the feels the band is putting out there more than, say, your average thrash puker. It made Identity Crisis more relatable to a lot of young kids at the time. Now, nearly two decades later, the band have made one of their most mature but inventive releases and still feel human rather than overly impenetrable. “The Dark” could work as an anthem for depression or coming out or just for an awesome anthem to sing along to. “The Grey” instrumentally almost sounds like Tomahawk, some killer guitar work. “Hold Up A Light” and “Only Us” are also huge standouts, evidence the band is still not dialing it in and play very much from the heart. It’s not the heaviest album in the world but it has definite hard rock flourishes and frankly, it is a record we need right now. 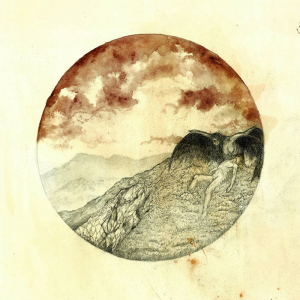 Doomers Fórn are up next, Rites Of Despair just blowing my mind and earning my second favorite album spot for September. The guttural funeral vocal style is not for everyone (I like it) but just about anyone would have to admit the introspective and controlled pacing of the guitar playing on this album is very moving. The dynamics are excellent. Case in point, the calm waters of sections of “Scrying Below The Wolf Moon” that explode into crushing glacial collapsing doom onslaughts topped with very tasty melodic layers. I could listen to this stuff over and over.

“Manifestations of the Divine Root” was a great choice for a video, so much of what makes this record stunning in one track. Atmospheric, inventive yet full of plenty to reward classic doomers. Please put them on tour with Yob and Helms Alee now so I can die happy. This record is ready made to make y0u deeply ponder mortality and your place in the cosmos and cycle of life and death. 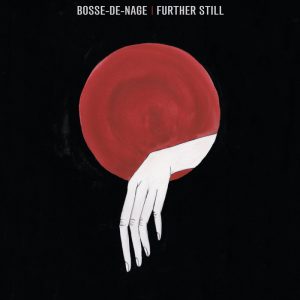 Third up for my September favorite picks? Further Still from Bosse-de-Nage. This is a killer record. Black gaze post hardcore BM whatever you wanna call it, it is just well executed and passionate material from the San Fran area band. This record deserves to make them more appreciated. “Vestiges” is downright disturbing, lyrics sounding like some demonic earthquake inducing UFO interrupting childhood. An apt metaphor that could stand in for many meanings. I particularly like the manic drumming all over this release and honestly connected with these songs more than some of the material of some of their more celebrated peers. “Listless” explodes with ominous purpose and you have the feeling that seeing them play it live the whole crowd would be caught up in a feeling that they were part of an important moment. The production and visual aesthetics of the release are also extremely tastefully handled while remaining rock n roll af. If you read all the lyrics like some stream of consciousness story, it is even more enjoyable. 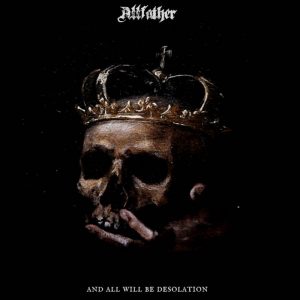 Allfather’s And All Will Be Desolation is my last top pick of September. Released early in the month, don’t let it slip past you. That would be hard since it thunders like a fucking undead rhino. The band sound extremely fired up, the riffs absolutely clobber and like the Fórn record the UK based band know when to hold it back as well to make the songs more effective. Plus, the vocals fucking sound like a mix of Crowbar and the non jokey side of Scissorfight to me. There is an eleven minute track called “Lampedusa”, and I don’t know what that means. I don’t care. “Black Triangle” is a total monster. Great performances and intensity abounds. Hails!