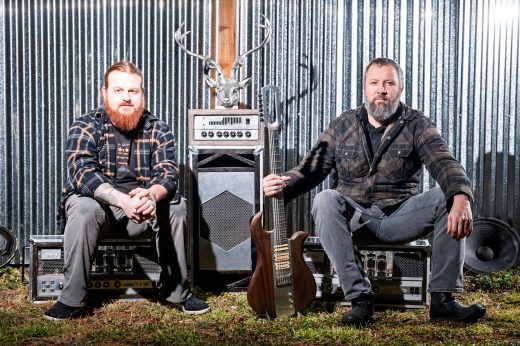 March For Our Lives is going on today and I am so stoked at the bravery and power of all the voices in unison demanding change. This has been an incredible month of social change and even accountability in metal as well as the world.

Well, it was VERY hard to pick just four albums for this month’s four favorites. There were a dozen records I really LOVED this month. Some flirt with dark stuff but weren’t really metal like my actual fave any genre record of the month – the new one from post-gothers VOWWS called Under The World. Other stuff I want to shout out includes stuff that is absolutely killer like Andrew WK (who had the two most uplifting singles in hard rock by far for the year thus far at a time we really need it), Memoriam, Slaves BC or especially also Rivers Of Nihil’s great prog influenced leap forward or  BESVÄRJELSEN‘s potent Swedish doom brew Vallmo.

These records were and are bad ass af but ultimately edged out to the four records BELOW which I felt were the best four albums associated with the metal genre this month. 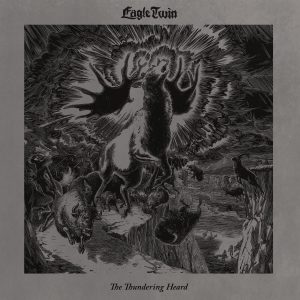 The Thundering Herd doesn’t come out until the very end of the month, but the monstrous ground moving riffs of Eagle Twin have never sounded bigger. That’s saying something as their past releases weren’t exactly subtle. The band retain all their strengths and push things so far over the top with battering assured amplifier and percussion worship that other bands should probably lay low for awhile until the massive cloud of dust disperses. I mean, holy crap! Always loved this band but this is even more tremendous for them.

I am a fan of late career albums at times and think they can work if the band is attentive to their strengths. I liked Saxon’s Sacrifice a lot, for example (“Stand Up and Fight”, anyone?). I even liked the new Ministry album a lot, though the “Antifa” video had some very clunky visuals with the band in masks looking on the goofy side. But Priest REALLY kicked ass here and it is very high up there for  a band who has been around forever. While I am not crazy at all about the album title, especially in this moment of push back against gun violence in America, Firepower is a fantastic Priest record. The band fire on all cylinders, the singles have stomped, soared and wailed and Halford is in full command. In other words, the Metal Gods are still firmly in control of their steel. “Lightning Strike” in particular shows how easy it is for Priest to melt down the poseurs and forge a real lesson in true metal anytime they want to. Even without the fabled guitarist pairing of the classics, this record will pass the tests of time to be a worthy addition to their legacy. 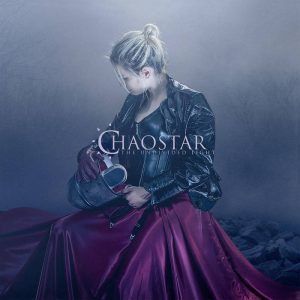 Greek band Chaostar have crafted a true masterpiece here, so emotional and spell-binding. The prowess of the entire group is staggering. Words like classical, theatrical, studied, deep, humanist or creative all fall woefully short of what the band pulls out of themselves for their latest collection. It makes me humbled with appreciation to know there are artists out there putting so much into a release. This is not mainstream pop metal hard rock by any means, but it is very much worth letting yourself fall into. It will carry you to some amazing heights and also plumb the depths of your soul. Music is supposed to stir within us a recognition for the sacred nature of the spark of fire that burns in each soul, and this very much does just that. 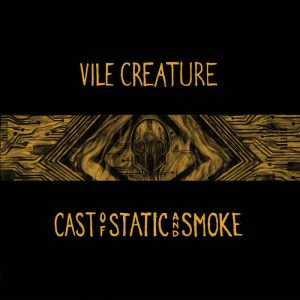 This week, when the Inquisition pedo apologists were running rampant on forums and Facebook posts, seems like an ideal time to remind that there are bands like, say…Jucifer or today’s subjects Vile Creature, who it is actually entertaining to follow and not morally reprehensible to support on social media. Still great bands who don’t make us feel deeply let down as fans for their obfuscation or darting around issues and the destruction of any integrity. Bands who can crack jokes and write killer albums but who also make you feel like the community of metal can still BE a community and have something to offer that matters.

Cast Of Static And Smoke is also a brilliant album and earns placement on this list on musical merits above all else. “Water, Tinted Gold & Tainted Copper” sets up the crushing onslaught to come like a long panning camera in a Western showing a stark and vast natural setting before the cruelties of man invade and we are left wondering if the Universe ever cared. Raw vocals, bashing, shuffling brontosaurus feet rhythms and deafening distortion keeps you enthralled in these four lengthy but worth every second tracks. This record is gonna stick around in people’s minds despite whatever trend is next around the bend. 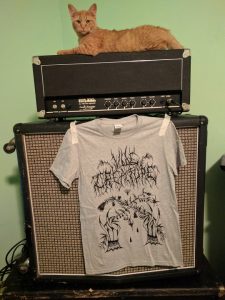