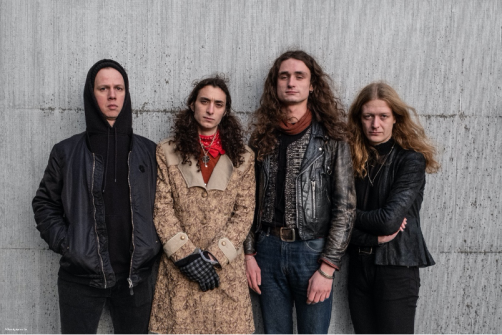 As Obi Won would say, “Hello There!”

I feel like I haven’t been able to post much this month, buried in work at my day job and having also just low key started working on a new Walking Bombs record for my band. SOOO much killer shit is going on right now as well as the ton of anniversary milemarkers for classic albums that just went down. Maiden, Anthrax, Pantera, White Zombie…yadda yadda. They all had what some consider their best albums ever have anniversaries. Personally I think La Sexorcisto is the best White Zombie album ever and also that despite this awful hot take that without Jay and Sean the band during this era would have had infinitely less groove, grime and generational heavy metal riffage that defined a 90’s way to keep heavy alive. Not to mention what a beast Ivan was, the perfect drummer for that record in so many ways. Can you tell it is my favorite mainstream 90’s metal album?

I didn’t get to make a top 5 albums full aticle post for March but some killer records came out. My favorites I hope you check out this month are from Mares Of Thrace, Crowbar, Sundowning (not to be confused with the This Is Hell modern classic) , Falls Of Rauros and Slaegt.

Also really looking forward to new Zola Jesus in May!!!

So yeah, just gonna blurb some stuff at ya. Super pressed for time and mentally fried right now but gotta keep the dream alive, baby.

June Of 44′- way too slept on these days despite being critical legends- have a new shirt to benefit Ukraine aid via UNICEF. Shirtkiller has the merch HERE. Putin is an absolute garbage person and a despot.

Onward…Bobby Lees! Great news. The Woodstock, NY (my area digs where I grew up) based blues ragers have signed to Ipecac thanks to Henry Rollins introing them. Fuck yeah. Killer band. Seen ’em live a few times and we have loved the records around here awhile now. Well deserved.

The Bobby Lees said of partnering with Ipecac: “We’re very excited to be on Ipecac Recordings! They have bands we love, and most importantly the label is run by honest, no bullshit people. They let their artists make their own decisions and we really appreciate that. It’s rare nowadays for a label to take a chance on a band that doesn’t fit in one lane. Ipecac welcomed us and that challenge with open arms. They seem to be a label that fights for the misfits and the bands that have their own pulse. As soon as we met them, we knew this album found its home.”

The Sound Of Scars Life Of Agony doc is out. Go appreciate the realness.

Thanks everyone for reading and see ya soon. Sorry for the smoosh post of 90 different things but at least you have a buffet to choose from.