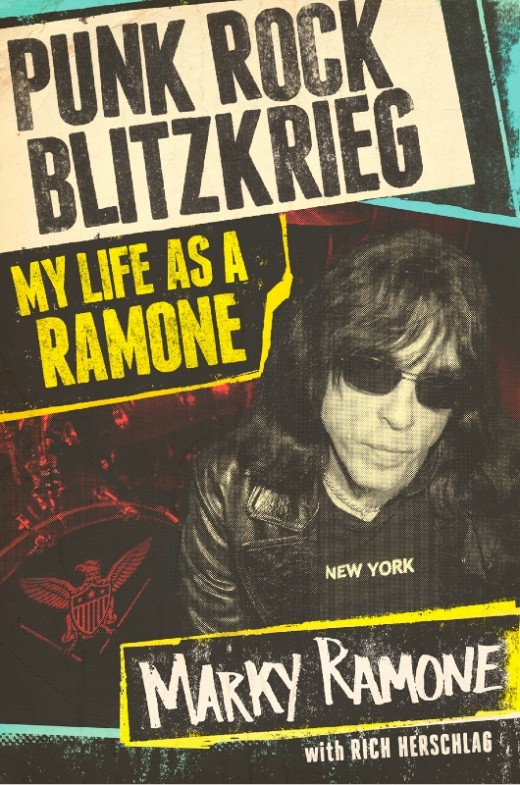 There are few bands as widely respected and as influential as the Ramones. And now, the group’s long-time drummer is gearing up to unveil his long-awaited autobiography, ‘Punk Rock Blitzkrieg: My Life As A Ramone,’ which will be released on January 13, 2015, via Touchstone Books. And what better way to celebrate the book’s arrival than with gloriously mega-decibel renditions of Ramones classics, which is exactly what Marky will be offering up on Saturday, January 17th at the Gramercy Theatre in NYC.

“These songs are too good not to be played,” says Marky. “I am really looking forward to playing live once more in my hometown of NYC, and celebrating the arrival of the book.”

‘Punk Rock Blitzkrieg’ will serve as a social history of the New York punk scene from an eyewitness. Yes, it has plenty of tales from the dirty streets, drugs, and rock and roll, but it also takes readers on a musical journey of a legendary band. And a few days after it’s release, fans will get the opportunity to rock out – and possibly meet – one of the greatest rock n’ roll drummers of all time.