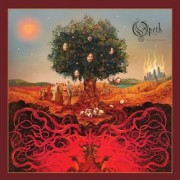 Martin Mendez, bassist for Swedish death metal group Opeth, was recently interviewed by Stormbringer while on tour in Germany. He discusses fan response to the band’s latest album, “Heritage,” his view on today’s recording methods such as ProTools, and much more. He  says that “Heritage” was not only the most difficult album he has ever recorded, but was also the most fun.