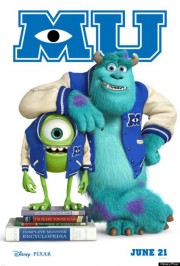 Well this is pretty awesome, Atlanta prog metal group Mastodon are recording a song for the upcoming Disney movie Monsters University. The movie is a prequel to the 2001 film Monsters Inc.

The film is set to be released June 21, 2013 with actors Billy Crystal and John Goodman picking up before they left off as Mike Wazowski and Sulley.

Mastodon is no stranger to movie scores, they wrote several songs for the 2010 release “Jonah Hex” collaborating with composer Mario Beltrami. Film director Jimmy Hayward asked them to participate after listening to Blood Mountain on repeat, which is pretty badass.