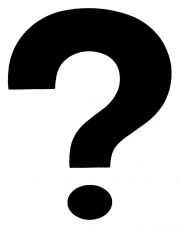 Max Cavalera of Sepultura, Troy Sanders of Mastodon and Greg Puciato, of Dillinger Escape Plan, along with former Mars Volta drummer Dave Elitch have announced that they have entered the studio for as as of yet untitled band/album set to be released in 2014. The album is being recorded at Fortress Studio in LA by Josh Wilbur.

Max Cavalera stated the following to Terrorizer: “It’s going to be cool, we just don’t have a name yet, the name is a pain in the ass to find a name but the music is great. We have been working on this for two years!

“Greg approached me kinda like how Alex [Newport] approached me to do Nailbomb in that he was really, really trying to get me to do this project. I told him already I was pretty busy doing Soulfly and Cavalera Conspiracy [and] I was not really looking for an extra thing, but he was pretty insistent and then I just gave up and was like ‘let’s fucking do this!’

“It started with just me and Greg and then we got Dave Elitch – he’s an amazing drummer – and then Greg knew Troy and we asked him to be the bassist so it kind of became a supergroup all of a sudden. We jammed a couple of times and the last jam we did it sounded killer; the songs are really powerful real heavy. It’s hard to describe but I think the coolest thing about this project is that all three of us are going to sing on every song.”