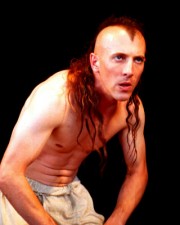 Tool’s enigmatic front man Maynard James Keenan is planning on writing a second Puscifer album, but only after he finishes his currently scheduled A Perfect Circle tour. The album is being recorded in the desert, in the basement of his Arizona wine cellar.

This is what Kennan had to say about the recording locale:

Keenan’s main band, Tool, is still in the writing phase for the new album.