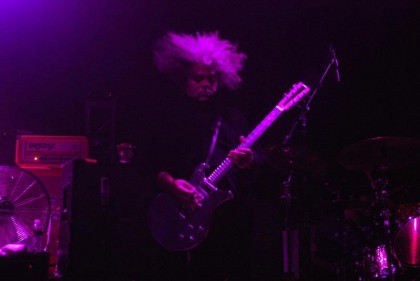 While we are all bummed out about Malcolm Young retiring, let’s be thankful that we at least know the Melvins will probably never, ever hang it up.

The Quietus has premiered a new Butthole/Melvins jaunt entitled “Sesame Street Meat”. I don’t know if that is a nod to the whole “please don’t tickle me, Elmo” controversy awhile ago but it is a solid jam full of heavy ass Eggnog-worthy low end and some of the quirky textural detours their major label years or even under-appreciated gem Hostile Ambient Takeover afforded listeners. But all in all it is more early grunge sounding than most of what they have done between now and, say, A Senile Animal. Great stuff. Click HERE to get blessened.

Paul Leary and JD Pinkus join the band on new album Hold It In, out October 14th. Pre-order HERE.