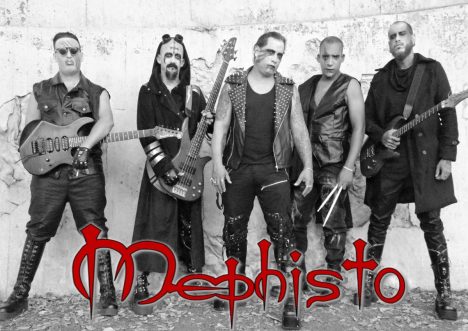 Metal has long had dalliances with Tolkien lore in the long shadow cast by Zeppelin’s Middle Earth appreciation. Amon Amarth, Gorgoroth,  Ephel Dúath and many more (including of course even the highly problematic Burzum) have names or themes inspired by Mordor or other realms. Recently the highly entertaining Gimli, Son Of Gloin project has been getting some buzz/traction. Now we have the new lyric video from Cuban black metal pioneers Mephisto off their Pentafixion release to add to the list of metal thus inspired. The band Mephisto was founded in September 1997 in the city of Holguín, Cuba and blend orchestral and other metal influences into their tapestry of darkness.