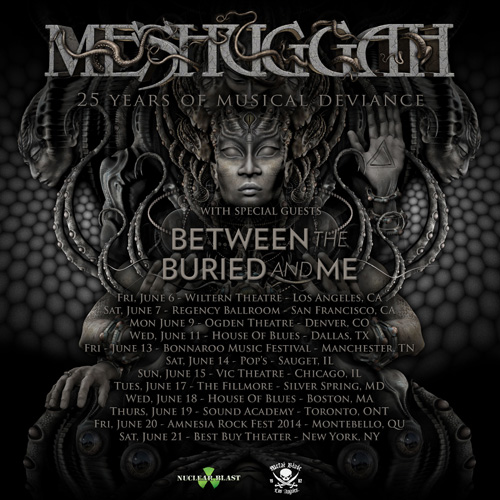 Between The Buried And Me‘s ambitious concept album, “The Parallax II: Future Sequence,” was the North Carolina-based band’s highest Billboard chart position (#22) since their inception in the early 2000’s. The album also landed the #3 spot on Billboard’s Hard Music Album chart, as well as #8 on the trade magazine’s Rock Album Chart, at #5 on Billboard’s Indie Label Album chart and at #10 on the Billboard Indie Retail Album chart. Additionally, the album landed at #18 on Guitar World Magazine‘s top 50 albums of 2012 list.

More On: Progressive Metal, Tour, Between the Buried and Me, Metal Blade Records
share on: