Metal Movie Moments: Why We Headbang 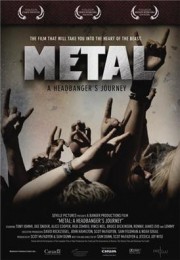 The very first edition of metal movie moments focused on a documentary that covered a grim aspect of black metal, while today’s addition covers all metal. It may be the best attempt to categorize, philosophize, and explain metal in the history of film, but we will let you be the judge of that.

Here’s the quick and dirty on Metal: A Headbanger’s Journey from Netflix:

“Toting his camera to the forests of Norway, the streets of Birmingham, Ala., and the dark side of Los Angeles’ Sunset Strip, filmmaker Sam Dunn explores heavy metal culture from the inside, shedding light on extremes associated with the art form. Dunn explores the origins of metal subgenres such as power, glam, thrash, black and death.”

Here’s the truth: this is the single “must own” movie for any heavy metal fan. There is something for every metal head to like, from the pearls of wisdom members of Iron Maiden and Black Sabbath share, to the uber-creepy black metal interviews, all the way to living and breathing the Wacken Open Air festival. Along the way, we get some great performances from a “Who’s who” of metal, including the aforementioned bands and many more.

But this isn’t just celebrating the awesomeness that is heavy metal, the crux of this film to determine why so many people love metal and why so many people still misunderstand it. By going into the taboos, the culture, the clothing, the messages, and the history of heavy metal, Dunn gets to the bottom of the passion and appeal of such extreme music. He also does it in a way that shows his fandom without coming across as a biased metalhead.

The biggest takeaway from the film might be the “Tree of Heavy Metal” that uses a genealogical approach to categorize the history and evolution of heavy metal. Starting with “Early Metal” in the 60’s, it shows influences and direct descendants into things like Power Metal, Glam Metal, Early Punk, First Wave of Black Metal, all the way to Swedish Death Metal, Nu-Metal, and Grunge. It’s a history lesson that you can rock out to! 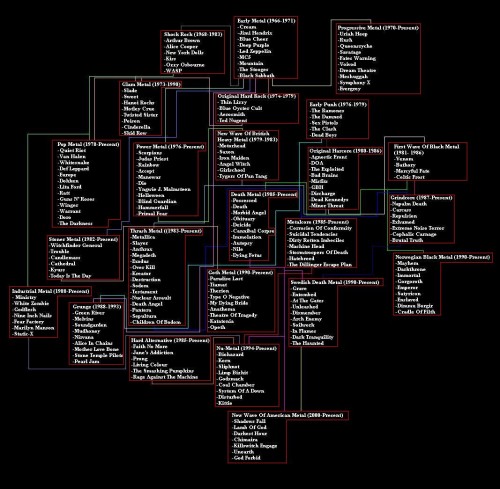 Check out the movie’s Wikipedia page for all the artists that are interviewed and the bad-ass soundtrack, all of which are too stuffed to post here.

Most Metal Moment: The interview with Gaahl (from Gorgoroth) in which his answer to a serious question is “Satan” as he then sips his wine in the best Bond villain fashion. He also comments (in favor of) on the church burnings covered in Until The Light Takes Us.

Watch the first ten minutes here and go buy the DVD if you like what you see!