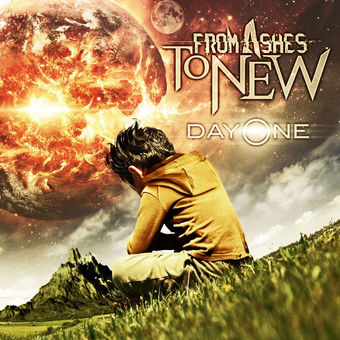 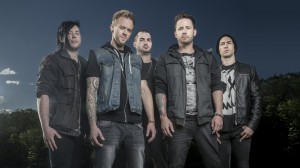 It is obvious a lot of effort went into this release, from production to big choruses to dynamic layers in the tunes. It called to mind a more kind of punk scene sounding Linkin Park or perhaps Hollywood Undead, high energy rap rock with enough self confidence to not care if people dislike the genre. “Breaking Now” for example, really sounds determined. Like no one is going to stop you. Thoughts?

More and more bands have the element of rap in their music now, so I don’t think it’s the genre that they don’t like, I just think that it’s the two terms that are used to describe this genre. I know the two terms make me cringe but If we can just find a more appealing term to describe this cross breed of rock, metal, and rap, this rock, metal, hip hop cocktail I think it would loose that horrible stigma that comes along with it or here is an even better idea lets stop chopping it up into sub genres and just call it and enjoy it for what it is …rock.

Yes, we are all very determined in this and we try to convey that in our music and in our stage performance but “Breaking Now” I would consider that to be more of a “Fuck it” song. For me, it’s a song about not worrying or letting anxiety run your life, after that point of constantly getting beat down and fighting your way thou one thing after another, that point where you’re just like “Screw it I don’t care anymore.”

Where did the band name come from? I really like the sense of rebirth it portrays. Also, the cover art. We run through mundane lives forgetting we live in a huge universe where NOTHING is mundane. Know what I mean?

The band name From Ashes to New came from a song lyric in a previous band that Matt and I where in together. And it kind of just fit for the fact that all of our other previous bands that we worked so hard at burnt out over the years and from those ashes, we all pulled together to start over, to start a new and make this new project this new combination or crossbreed of different genres.

Parts of Pennsylvania really have the post-industrial struggling economy vibe. How did this sort of setting influence the band? As your press release says ,”it is in these relative backwards towns that authentic, compelling creativity truly thrives”. A perfect example would be mighty Black Sabbath coming from bleak Birmingham, for example.

Yeah definitely being stuck in dead end jobs or just growing up around that vibe motivates you to get out. But also, it’s a very creative and very emotional atmosphere!

What is the most personal song on here and why?

It’s a toss up between “Lost and Alone” and “Through It All”.

“Lost And Alone” is very personal for me because I have had to deal with some very serious depression my whole life and I had it under control for a few years but it’s just one of those constant struggles in my life that I just can’t shake.

“Through It All” has become a very personal song for me as well due to the fact that I just got done going through a divorce. This song wasn’t written about this situation it was already written, it’s just coincidence that it kind of fits the situation so well. But my ex wife she really helped me get a handle on my depression and in a sense really saved me.

How did the band get involved with Better Noise records and what makes it a great fit, in your words?

Our manager Rob McDermott played a hand in getting the ball rolling with all of that, got our music in the right hands and got is in front of our label, he is the man! It’s been a great fit ever since, everybody works well together and gets shit done.

“Every Second” is one of the best songs on the record. It seems about not wasting time, focusing and “stopping self erosion”. Very cool as many people can relate to that and never hurts to have daily affirmations. What does that song mean to you?

It’s just a song about not wasting time, time waits for nothing! Get out there and start living your life, even if you go out and make some mistakes up you keep on going those scars make you stronger!

Bands like you guys or, say, Escape The Fate are embracing the young, modern scene but not afraid to give nods to the past with big rock guitar solos and hooks as well. I also detect a little P.O.D. in your sound? Were you guys influenced by “The Fundamental Elements of Southtown” at all? That’s one of my guilty pleasure “who cares if snobby people don’t like it” jammers.

We just write the music that comes to us, we always try to write the next song better then the last. I think POD played a little bit of an influence on Matt, you would have to ask him. I did listen to POD but I was more influenced my Alexisonfire, Glassjaw, 36 Crazy Fist and Sevendust to just name a few.

Sevendust are the best. How does it feel to jump off with this full length after only being able to show a fraction of material on your EP?

Feels great! After putting out the first two EPs it’s really nice to finally put out a full length album with a few songs that are a little bit different from what listeners have heard already. The album is called ‘Day One’ and it will be releasing on Feb 26th.

More On: Alternative Metal, Exclusive, From Ashes To New, Eleven Seven
share on: