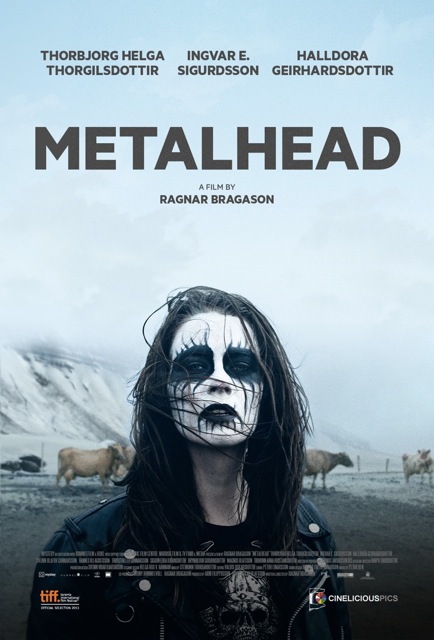 This years CMJ Music Marathon will be hosting a special screening of Icelandic director Ragnar Bragasons brand new film Metalhead. Boasting a soundtrack of 80s/90s headbanging classics, the New York screening will be open to CMJ badge holders and will be shown at the NYC Kennedy Center on October 24. More information about the screening and other CMJ panels will be made available via www.cmj.com/marathon shortly. Metalhead will be released theatrically and on VOD by Cinelicious Pics in early 2015.

Fueled by a remarkable breakout performance by actress Thora Bjorg Helga, Bragasons intense drama of loss, faith, redemption, and heavy metal begins with a farming accident in the 1980s that sends a young girl named Hera and her parents into a tail-spin of grief over the death of her heavy metal music-obsessed older brother. A decade later, Hera is transformed into a surly headbanger, dressed in black leather and a Slayer t-shirt, clutching her dead brothers electric guitar as she howls anthems of rage to a barn full of cows. Seemingly trapped in a haunted landscape of slaughterhouses and barren winter fields, making all the wrong choices in her life, Hera slowly and painfully comes to terms with her familys loss and the sound of her own true voice.