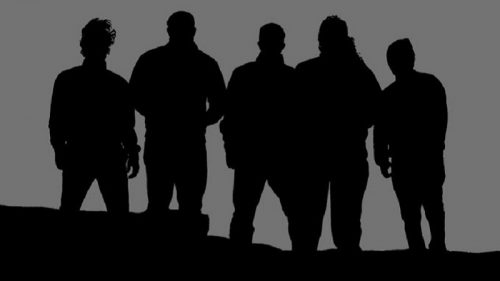 Death Before Dishonor are premiering their new album, the first in a long ass time, over at Decibel. If you missed this skull clobbering Boston hardcore outfit, you will NOT be let down by Unfinished Business. The intro to “True Defeat” dropped in and I was instantly head nodding like ,”hellz yeah!”

Stream this ferocious fucker RIGHT HERE via Decibel. I thought the production and performances were great. 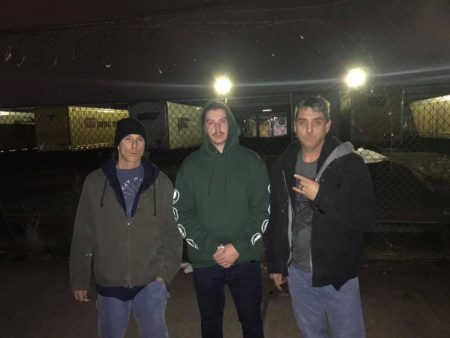 Upstate, NY’s Sickbay are a band to watch! This super heavy group are on the rise and will impress hardcore and metal fans of many stripes with their savage sound. The band is self releasing an album called Dissonance August 9th and have a new song called ‘Bloodsoaked’ out to wet your knives and feral appetites on. They have a sort of 90’s proto metalcore with death metal influences sound I really dig and super gruff bad ass vocals that are fun to snarl along with. Heavy mosh factor as well and killer riffs and get the job done with brutal hacksaw efficiency drums.

Recording was done by Mike Usifer of Beacon Soundworks, the guitarist for Prime Evil. The cover was drawn by Keavan Rivers of Doc Rivers Tattoo, who incidentally used to be the drummer for Dissolve. Check them out below! RIYL Skinless, Stigmata, Obituary.

Bummed to hear that WRVTH are calling it a day. Solid and visionary band. Destined to be a cult favorite in the underground, I’d wager. The atmospheric, progressive post metal act have released a lyric video for their new song “Eventide.” The track is off of the band’s forthcoming final album No Rising Sun which will see a digital release on August 23rd through Unique Leader Records. One of those bands like My Epic or Cult of Luna who have some instrumental passages that are just so fucking brilliant but some people STILL have managed to sleep on.

WRVTH offered the following, “This album is about hardships and the contingencies that being in a band brings, just as much as it’s about the pure happiness harbored from fighting in order to follow our passion. In the music you’ll hear our excitement and joy, through the sound of blood, tears, and heartache. In the lyrics, you’ll read the fight against our adversities and the anguish from resisting an impending finality in and of itself. One day everything can be fine and the next it’s over. Not everyone and everything gets to see the light of a new day. This album is a representation of what this band meant to us, as well as the battles we underwent to keep this band alive. Even in the sound, you can hear a coming of age. All the way from our humble beginnings as Wrath of Vesuvius to this living breathing family we called a band. We have seen the world together, through hell and bliss, and made such strong friendships along the way. No matter how big or small the stage was, we always played like it was our last. We remain eternally grateful for any allies, opportunities, and accomplishments this band has brought us, and even more grateful that we were able to share it with anyone that wanted to listen.”