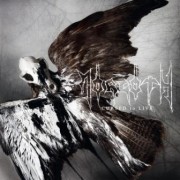 German death metallers, Morgoth, have released a live video for their song “Isolated,” from their upcoming live CD/DVD set entitled “Cursed To Live.” The video and the rest of the DVD was shot at Live at Way Of Darkness Festival 2011 and it will also include a few other live performances and four music videos. The CD/DVD set includes an additional CD with six live tracks from the Rock Hard show and five live tracks from their show at Wacken Open Air 2011.

“Cursed To Live” will be released June 25th in Europe and June 26th in North America via Century Media.