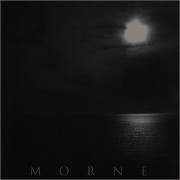 Boston’s crust sludge outfit, Morne, have finished recording for their upcoming album “Asylum” which will be released on Profound Lore Records, June 14. The album is supposedly Morne’s heaviest, most atmospheric and cinematic sonic offering to date and sees the band delve more into genres such as progressive metal and classic ‘70s prog rock.

Morne has released a teaser for the upcoming album in the form of the track “My Return”, which can be heard right here.