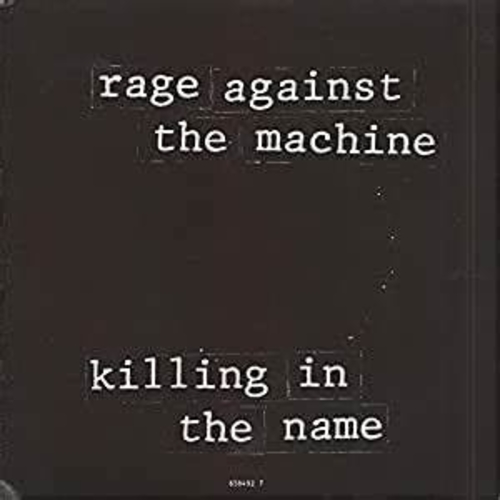 The cognitive dissonance of seeing Maga morons dance to YMCA has finally been topped as Tom Morello from RATM/Prophets Of Rage/Audioslave fame shared a deeply absurd and sad video of blue balls matters advocates dancing to Rage’s classic “Killing In The Name”. Did these absolute fucking dipshits not realize it is an anti racist cop anthem? They probably heard the part about those working forces burning crosses and thought ,”Cool! We Stan that! MAGA! A storm is coming!”

Thank God black voters overwhelmingly voted against Trump and helped topple this utter shitstain on Amerkkkan history. You can hold blue accountable and move the dial further left. That is not possible with the GOP. They constantly try to surpress black votes and downplay the Southern Strategy they implemented for decades to demonize blacks. They made a climate in America that made it impossible to even be elected in the USA as a Democrat unless you appeared ‘tough on crime’ too, for decades. Which thankfully many Dems now regret pandering too because it helped hurt people. The GOP also act like Dems think no minorites are allowed to be “free thinkers” rather than the fact that it is just super depressing to see them get gaslit and swindled.

GOP willingly cheer for Russian intrusions into elections then have the gall to have white privileged morons like the very Anchorman named Buck Sexton claim the DEMS did voter fraud? As if there isn’t already bi-partisan observation of the polls, always! And spare me your Dominion blue vote machine conspiracies. Why didn’t we win the Senate outright then? Make it make sense. And none of you cared about, say, Jeb Bush or GOP voter suppression before this election, I notice.

You are the same clowns who think white cis males haven’t been centered in all of modern history, the same motherfuckers who would hear “Down Rodeo” and be like ,”what’s wrong with not seeing a brown skin man since grandma bought one?”

Just because he slurred like a drunken wrestling fan doesn’t mean DONALD TRUMP was ever populist! He is a gilded, failed conman who grifted the country out of hundreds of millions of dollars and tried to destroy our sacred institutions and gaslight the fight against white supremacy and paint ANTI FASCISM as bad!

WELCOME BACK TO REALITY. Here’s a cold blue dousing. Biden won by the biggest general margin ever and yeah a lot of Dems mailed in votes cuz we didn’t want super spreader parties like you Rona Romancing White Supremacists. If we got rid of the electoral college we wouldn’t have these scary moments nearly as often. Reproductive rights wouldn’t always be on the chopping block.

Voting DOES matter. Look at Georgia. We can’t burn down the entire system in one day and not have countless marginalized people hurt in the process. We can reform and coalition build.

And for the left, stay vigilant and keep moving things more progressive. Stay active and keep voting to get progress made in local elections. And above all call out disinfo when you see it perpetuated and make MAGA types feel the social consequences. I don’t mean cancel everyone without trying to educate but if it is hopeless it is not just “cancelling”, it is called not having to do permanent emotional labor for idiots who can’t grasp the bare bone structures of human history despite more access to information than ever before. Some of them are just gullible bigots!

Not exactly what we had in mind https://t.co/RydKGCk9RA