Motorhead streaming full new album “The World is Yours” 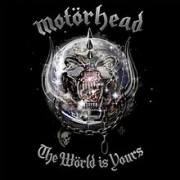