Considering Jason Richardson is no longer part of Chicago’s death metal band Born of Osiris, I find this to be a bit of a rarity now. This I thought was lost after a hard drive sweep and is from July ‘011 before a show at The Bottleneck in Lawrence, KS. I took a walk to Free State Brewery, which was only blocks from the venue and picked up a growler of their Ad Astra Ale to share with my marks. Little did I know, that I would get more than I bargained for, all six of them, for they rarely grant full-band interviews. Thanks Free State!

Let me forward this by saying at times in the interview, they all just threw out answers. These will be denoted by “BoO,” the rest by the first letter of their name.

What’s your favorite city to play and why?

Ronnie- Uh oh. Everyone’s going to be pissed now. California always has a good atmosphere. We like going everywhere.

Joe- I’m going to say Paris then we won’t offend anyone in America. We just played Paris recently for the first time and it was sick as fuck. 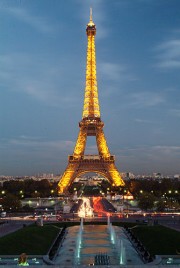 Lee- Actually, we had a terrible time in Austria last time we were there. We were supposed to play a festival, but by the time our bus picked us up and got us to the show, we didn’t even have time to play. So we just walked around the city and it smelled like shit everywhere.

D- Some European band we saw actually hangs dead animals on upside-down crosses on stage. It was totally gross.

What’s the best city for recreational activities on off-days?

D- Copenhagen, Denmark!!! Ride your bike all over town, go to Christiana and buy a shitload of hash and weed, go to a dub step rave in a fucking alley with all these thousands of fucking people on a random day.

Joe- We happened to be there on the biggest festival of the year and it was so sick. Denmark is a great place for recreation.

What’s the preferred method for passing time while on the road?

So Tosin Abasi, now of Animals as Leaders, used to play with you guys. Tell me how that came about.

L-He was more of just a fill in on tour after we lost a guitarist and then Jason joined permanently and he went to do his thing and we did ours and we’re all in better places now. Everybody benefited. Which is the best part.

Moving on to The Discovery, as far as live shows go, how have these new songs been received?

BoO- So good, better than any other songs for sure. Better and better every day.

L-That’s the best part because sometimes people want to hear the first album and their old favorites and their old bla bla blahs. Everyone wants “Discovery” songs

R-It’s awesome. People go nuts. When you say, Recreate, they instantly get up.

When you guys were recording The Discovery, what did you discover about yourselves?

L-We can do anything on our own. Anything we want to do.

R-We can leave things in our own hands and do it ourselves.

Jason-The creativity was all us.

Joe-We became closer as a band.

L-It’s only going to get stronger from here. 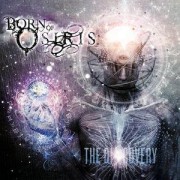 What conflicts did you guys encounter and how did you resolve them?

L- Sometimes there was no weed.

D-And sometimes there was the Sass Brothers.

Joe-Sometimes we had to get gothic cause we were totally sassed out.

[I can only imagine “sass” as an inside joke, cause as soon as David said sass, they all burst into laughter and I just didn’t get it.]

Hats off to you guys for producing your own album, but I don’t think a lot of people really know what all goes into that whole process. What did you learn and what will you do differently next time?

L-When you take everything into your own hands it comes out exactly how you want it. Also, you have no one to blame but yourself. We’ve done albums before like our previous one, where we busted our asses to put an album together and then got screwed in the recording and mixing phases. This time, we just locked ourselves up and focused for about a month.

Jason-We had 12 hour days every day for weeks.

Anything you want to add about post-production? I read you guys worked with Jason Suecof, who is now like a buzz word in the production world.

Joe-He was awesome. He skyped with us all the time and talked with us on anything we needed to change, he was right on it.

L-He’s got a huge dog, that’s like 80lbs, and I have a ten-pound dog, but they look like the same dog.

Ooh! Side track! What kind of dog do you have?

L-I have a miniature pinscher, actually four of us have dogs.

Joe- I have a couple rats.

L- We’re a pet band and we love animals.

Jason- Pug [we high fived on that note]

This is kind of old, but I’m always curious about reinterpretations. From your EP The New Reign, there’s a song called The Takeover.  Then, that becomes A Higher Place. How and why did that come about?

R- We wanted to tie both albums together somehow and we thought Rebirth would fit together with the whole theme.

I got a big fucking kick out of watching your MTV Cribs mock. It was thoroughly entertaining.

Jason- There’s going to be a part two.

L- People think that’s a fake, but that’s actually our house. I can say that we cleaned the fuck out of that house for that.

I saw you guys saved fliers and passes and stickers and shit from previous tours. I really like the sentimentality of all that.

Joe- We definitely have to give a shout out to Dave’s mom. We got that house ad then went out on tour. When we came home from a month our touring, she had done soooo much amazing stuff to the house. She found all the sentimental stuff that was on the walls and the map of where we’ve been.

L- That shit meant a lot to us though.We don’t take for granted what we have. We wanted to put things that make us feel good inside of it. that house really brought us together.

All that being said, what can one expect at a Born of Osiris house party and when do they end?

BoO-We’ve been getting complaints lately, we have to calm down. It’s like a retirement community. All the neighbors are old and have the same mailbox. Pleasantville.

R-It’s like a perfect little neighborhood and then….us. It’s not so much the noise, but all the cars parked everywhere.

L-Since it’s a private neighborhood, the cops can’t come unless they’re called. BEcause of that, the neighborhood makes its own rules.

Joe- We’ve never had anything with the cops though.

BoO- Beer Ball! [All of them proceeded to tell me how to play this game at the same time. In summation, four players are each drinking a beer which is placed at their corner of the table. A ping pong ball is thrown at the beer and they proceed to drink until the ball is found. Whichever pair is finished first wins.]

What’s the coolest things one of your fans have done for you?

R- We were in Switzerland and somebody made David a happy birthday sign.

BoO-Cupcakes, metal sculptures. We have like three BoO coffee cups.

Tell me about the most intense fan you have ever met.

L- There was a whole bunch of dudes that were saying they’d blow us and making sexual comments thinking they were bonding. It was weird.

Joe- We were in Slovakia and there was this shirtless dude that was running around kissing people, just could not stop.

So, for the record, you guys are heterosexuals?

L- The worst past about the kissing dude, he had the most gigantic herpes breakout on his lip.

Foul. What do you guys want to say right now, at this very instant, to your fans?

[It was at that time, I did the Rubdown Rendezvous, which was David’s handshake. ]

I also recall a milking udders one?

Ah yes. I do my homework.

What’s the last text you got, any one that wants to jump in?

Fuck an a it was me. What was the last app you guys downloaded?

R- Joe texted me a picture of us from our seventh grade yearbook, we were right next to each other.

Oh, Can I have one of your guitars?