Very few albums in Heavy Metal’s Class Of 2011 were as anticipated as “Five Serpent’s Teeth,” the latest from UK Thrash leaders Evile. The first release from the band since the tragic passing of bassist Mike Alexander, “Five Serpent’s Teeth” (Earache Records) finds the band fired up and keeping on strong, turning tragedy to triumph. Anyone who has heard “Five Serpent’s Teeth” already knows it is a benchmark for Evile in both amazing production and song craft. It’s so awesome, it is as if Evile now have their very own “…And Justice For All.”

If you haven’t been sold on Evile yet for some reason, jump right to 3:06 of new song “Descent Into Madness” and get lost in one of those unforgettable moments that makes the difference between a good metal band and one destined for true GREATNESS.

Morgan Y. Evans: Greetings. How are you today and what is going on in the Evile world?

Ol Drake: Hello! I’m good; we’re about to play our home town release show for the album! Then we’re gearing up to play the first UK tour to help promote “Five Serpent’s Teeth”!

MYE: Great to have you back with this third release. Your band is such a crucial part of the underground and hold it down for the thrashers! It is exciting to see the group expand release to release. The tones you captured on “Five Serpent’s Teeth” sound modern but not overly glossy. Just nice, crisp, ripping production!

OD: Thank you! A lot of that is due to the legend who is Russ Russell. He’s such an underrated producer. He should be one of the best known Metal producers out there! He perfectly captured our live tone without sacrificing any bass, and making everything audible! We love it.

MYE: It is cool to hear the juxtaposition of serious songs with stuff like “Cult” that is just super metal and has a theme akin to, say, an old Mercyful Fate song or something. Just pure evil. Although I guess it could be interpreted to be about brainwashing to. You paint great visual pictures but there is also room for the imagination to fill in what it might be about.

OD: When it came to songs like “Cult” we wanted to base everything around a single riff. A riff that would get everyone’s heads bouncing and just get straight to the point; the point of Metal. We like to leave the meaning and point of songs open to the listener’s interpretation, but very good observation! haha.

MYE: Both your band and the mighty Decapitated went through serious tragedy and loss and then managed to triumph and create some of the best work of your career with your recent releases. It is heartening to see your continued passion keep alive the flame of the dearly departed. It was nice to read about the tribute event you played for Mike’s memory.

OD: Thank you. We’ve been through a lot, and I think you can hear that on the new album. It made us sit back and re-evaluate what we are doing. We don’t make a living off doing this, contrary to popular belief. This time around we asked ourselves “Are we in this for the long haul or is it just a hobby?”, and we are in it for good. This album is us taking things seriously and wanting this to be our job. When you decide the band is going to be your 24/7 job, you sacrifice work, which means you also sacrifice guaranteed income. That’s what people don’t realize. Just because you get signed doesn’t mean you’re rich. This is why a lot of artists dislike people downloading their music. 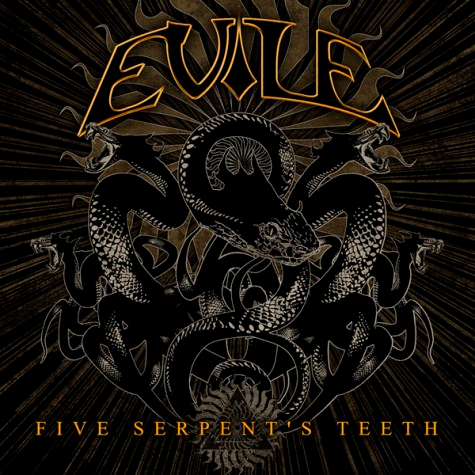 MYE: Let’s talk about your experience as a UK artist. I used to love reading about John Peel discovering underground bands and learning about groups like Napalm Death or Orange Goblin. More recently Pig Iron, who slay. Maiden, of course. Your country has such a rich, rich history of metal including Black Sabbath, the Gods themselves. I was wondering how being from where you are has shaped your perspective as musicians and why you got into metal?

OD: We’re very proud of what our country has done for Metal, and it’s great to be a part of it. We grew up knowing the UK was responsible for the birth of Metal so that was definitely an extra incentive to start making music; but the influence solely lied in the big Thrash bands. That’s what got us into Heavy music. Our parents brought us up on classic bands like Queen and Led Zeppelin, so we had a great starting point for music.

MYE: I was watching the “Infected Nation” video the other day getting the drunken late night head bang on and was wondering if, like many metal heads, you really did go through a period where you were worried about “Number Of The Beast” or Testament “Souls Of Black”-esque demonic figures in robes kidnapping you at night?

OD: Nope, hahaha. There’s an underlying theme in the “Infected Nation” video and it is loosely to do with the evil in today’s society.

MYE: What were some of the themes you most wanted to touch upon on ‘Five Serpent’s Teeth”? “Eternal Empire” is probably my favorite track. It reminds me of old school ‘…And Justice” era Metallica when they talked a bit more about injustice. Just an epic song. Well done!

OD: We get asked this a lot, but we like to leave things untold. When I was young there was no Internet and no way of knowing what songs were about beyond reading the lyrics. I used to really enjoy that; so we’re leaving things open to interpretation. Glad you like “Empire”!

MYE: What is the funnest part about playing the “Five Serpent’s Teeth” songs live? It all seems like material that would really expand your live show.

OD: That’s the best thing about the “Five Serpent’s Teeth” material, we want to play every single song live. On the “…Nations” album some of the songs were just too long or too intricate to translate well live, but everything on “Five Serpent’s Teeth” does it perfectly. Songs like “Descent Into Madness” are so fun to play live, as it has that straightforward insane approach of speed and brutality; the crowd always goes mental even if they haven’t heard the song.

MYE: Yeah, that song is so fast! This was a really good year for metal, I’d say. Just great releases all around and bands like you guys, The Haunted, Threat Signal, so many good acts just keeping metal strong with passionate new material that also shows growth. What was some of the most exciting stuff you got to hear from other bands/peers in the metal world this past year?

OD: The New Machine Head album is great. I’ve always had a soft spot for MH, and they’re all really great guys. When Mike passed away they all donated a fully signed guitar for us to raffle off. Definitely check out “Locust”. Also the new Opeth album is very interesting. Akerfeldt has gone straight for the throat using his Prog influences. If anyone is confused by it, they simply have to listen to older Opeth albums and hear his Prog approaches; it was just never full on before. Check out Camel, Gentle Giant or Greenslade for examples.

MYE: Oh, cool. I used to listen to Gentle Giant with Dave Bodie, the drummer of my old band Divest before he joined Kayo Dot. I’ll have to check that new Opeth out! What was the biggest challenge you faced when tracking “Five Serpent’s Teeth”? The arrangements are really elaborate on some of the stuff (like “Origin Of Oblivion”!). Those leads in the beginning are nuts. How long did it take to be satisfied on tracking them and the rest of that tune?

OD: The biggest challenge was arrangement and approach. We literally spent 2 years writing this album. A song would literally have about 20 versions before we were ALL satisfied with it. I remember I would email versions to Russ called “Cult-01” and so on and it would get to the point where people were saying,”I preferred this part in version 11 – in version 16 it sounds too plain”. Things like that. It was a long, stressful and creative process, but I’d have it no other way.

MYE: Anything you want to say to longtime fans or new people discovering you?

OD: Support the bands you like. We all need the support, especially in this modern era. Buy a band’s music if you like it, come to their shows, buy their merch. SUPPORT THEM. Being in the band is their job 24/7, but like a 9-5 job. Thanks! 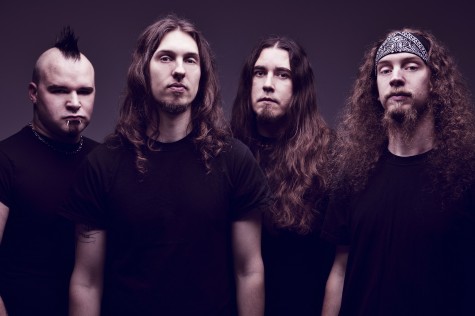