Marty Friedman (of Cacophony and Megadeth fame) has always had an interesting story. Post-Megadeth years found the celebrated guitarist moving to Japan, releasing numerous acclaimed solo albums and becoming a television star! Always one to follow his muse over the cliché or easy path, Marty is an icon to the metal world.

The great Prosthetic Records has reissued three fantastic Friedman albums for North American consumption! 2010’s “Bad DNA” and 2008’s “Future Addict” have only been available in Japan until now, streamlined and electric collections of Marty tearing it up in his forward thinking, signature style. In addition, perhaps Marty’s best album “Loudspeaker” from 2006 is also getting a sweet reissue treatment.

I was very honored to talk to Marty about Prosthetic, his surreal life in Japan, his favorite Megadeth solo, Billy Sheehan and donating all his Megadeth guitars for tsunami relief. What a class act!

Morgan Y. Evans: Marty! It is an honor to communicate with you and thank you for taking the time. You were one of my first favorite “metal” guitarists as a kid when “Sweating Bullets” came out. I remember hearing your contributions to that song and it opened my mind to that type of music years ago. I have never looked back! My first question is, some people think of you as one of the most exotic guitarists in the world. Does that feel accurate to you? I just was talking about opening minds through playing styles. You could have chosen to stick to a more “commercial” metal life but instead admirably have without a doubt followed your musical muse. What is it about the allure of the guitar that has constantly driven you to strive to break new musical ground?

Marty Friedman: Thanks very much! To your question, it is less the allure of the guitar, and more the allure of endless new musical possibilities that keeps me excited.

MYE: Marty, how does it feel to have the reissues come out on the well respected Prosthetic Records? They are a great metal label and have recently also increased their instrumental records profile with the band Scale The Summit. How did your new agreement with that label come about?

MF: They are a great label, and they understand my somewhat unorthodox approach to creating music. That is really, really rare in the music biz. 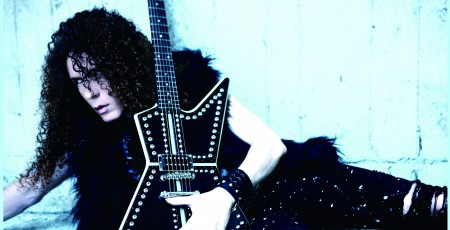 MYE: I am a big fan of “Elixir”, the track from “Loudspeaker” that you did with Billy Sheehan. What can you share of your recollections regarding that collaboration?

MF: Billy has worked with me on several of my solo albums, and it is always a pleasure. He is known for extremely technical bass playing, but… I require a Dee Dee Ramone type of player but who can follow some very strange twists and turns and play with accuracy. Billy is one of the very few who can do all that. Most technical bassists play with a light, fluttery, busy touch, and I am not about that at all.

MYE: Can you describe the different feelings or emotions you have when you think of each of these reissued albums individually? What was going on in your life during the creation of each that resulted in the compositions taking the road they did?

MF: “Future Addict” was suggested by Avex, my Japanese label. I was doing so much non-musical mainstream TV in Japan that they wanted to capitalize on my popularity and appeal to the many people in Japan who knew me from my TV appearances and had literally no idea about my musical history. Hard to believe, but true! They wanted to do a “greatest hits” album, but I told them that I never had any big “hits” so to speak. I suggested that I completely re-work and re-arrange songs from every period of my career so far and also do 3 new songs. It was an awesome challenge to do that. I mean, who gets to re-do stuff from their high school days? I dig it. 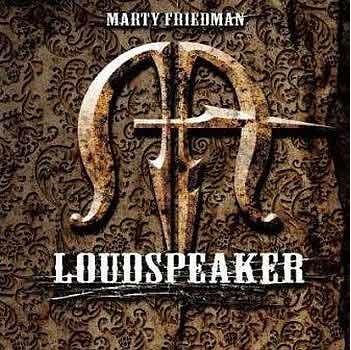 “Loudspeaker” is my highest charting and most successful solo album so far. It hit #11 on the mainstream charts in Japan, and has several staples of my live set on it. My manager always bursts my bubble and tells me the only reason it sold so well is because I had a hit TV show at the time, but I don`t care! It`s quite hard to move copies of an instrumental album, especially one with so much manic guitar playing on it, so whatever it took to bring it to the people, it`s fine by me. Even had it not done as well as it did I feel it is one of my most focused albums. It`s like a modern version of “Dragon`s Kiss” on steroids.

“Bad D.N.A.” sonically has my favorite guitar sound of all my albums so far. I recorded it at my fave studio in LA, The Village Recorder, but I wrote most of it in a hotel in Singapore where I bought a guitar at a local music store and recorded tons of demos on my laptop. I love that place. I didn`t want to drag the guitar back home so I gave the guitar to the boyfriend of a girl I just met there. Boy was he surprised!

MYE: A good friend of mine Dave from a death metal band called Cold War Survivor really wanted me to ask you what is your favorite solo you played during your time in Megadeth. I hope you don’t mind answering that.
MF: Honestly, I don`t know. Any solo that “made it to the record” was something that I was happy with at the time, which means I was pretty much equally satisfied with any of them. If he is in a band, I`m sure he will know what I mean by that. If I was forced to answer, I think I remember liking “Vortex” quite a bit at the time.

MYE: You have been in high profile music videos, collaborated with the greats and also been a pioneer in your own right. Still, being used to cameras or the public scrutiny may still not have prepared you for hosting Japanese television, right? Were you nervous at first when you started this aspect of your career?

MF: Hell, yes! But the nervousness was quickly replaced by an unbelievable amount of work and preparation. I soon realized that having this new intense challenge was the best mental stimulus for my music I could have wished for. Music became easier to make as a result.

MYE: What was it that originally made Japanese culture so fascinating to you, eventually creating a desire within you to relocate there? It is now arguably your true “home”. Also, I thought it was very cool when I heard you had done a lot of fund raising to help with tsunami relief in Japan in 2011. Can you talk about that a little bit as well?

MF: I always enjoyed touring Japan, and once I started really getting into the music, it was all over. I had to live in a place where such cool music could exist. For the Tsunami relief, I auctioned off all of my guitars, amps and other gear that I used in my 10 years with Megadeth, and donated all of the proceeds to help the victims. It was a good thing, as those guitars will be enjoyed by new people. They can feel like they helped, I feel like I helped, and most importantly, some people got helped.

MYE: It is funny. I have done a lot of big interviews but this one has made me nervous as, again, you are one of the first metal heroes of mine I ever saw on TV as a kid. “We’re not worthy”! I guess, in closing, instead of trying to form my own half-witted summary of your career, could you discuss in your own words what some of your favorite moments or highlights of your life as an artist have been and how they helped you grow as a musician or person?

MF: I`m lucky in that I have played with some great people, none of whom I would mind playing with again. I`m also lucky that I`m constantly working with new amazing people. I`m sure I have done some great shit, and I have been very blessed. As a matter of fact, a song I wrote is #1 in Japan as we speak. But once I`m done with and am satisfied with something, like an album, a show, a tour or anything that I put myself into, I never look back, because I`m always immediately working on the next thing. I am convinced that I have yet to see the highlights.

MYE: Thank You so much Marty!

MF: Thank you Morgan for your kind words and awesome interview! 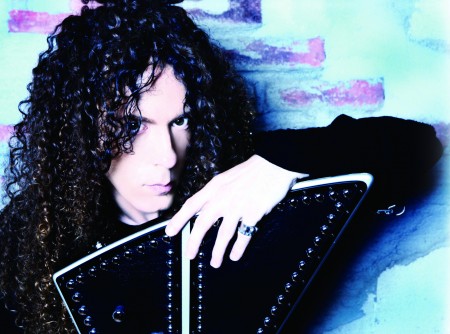