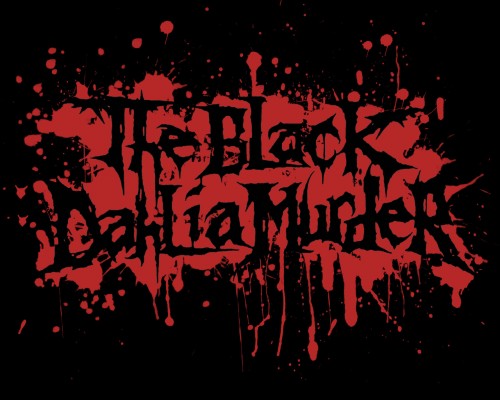 I know you guys started your year off touring Europe. Did you guys get some time off to play around while you were there?

Shannon Lucas: Nah. Not at all. We never get anytime off. It’s whatever you can see that’s around to the venue and usually that’s not much of anything.

Which sounds more appealing: playing a show next to Vesuvius in Italy and causing an eruption or playing in the Swiss alps and causing a massive avalanche?

Ryan Knight: Vesuvius for me, I hate being cold. 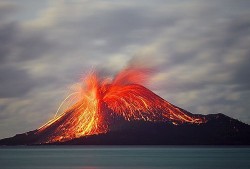 S: Me too. Plus, I think we can outrun Vesuvius. We’d be far enough away.

In a previous interview, I learned that you, Ryan, and Brian [Eschbach, guitar] had been sending tracks back and forth to each other to write Ritual. Shannon, how did you prepare for your input to their work?

R: We pretty much just gave you the tracks, right?

S: Yeah, yeah. They finished things as a whole. It’ll be both guitar tracks usually and some rough bas. Both of them are pretty good at programming drums, so they’ll throw in some things that they are hearing, a certain feel in this part or an accent. I know what they are getting at. I have pretty much free run to change what I want, but I know them and I know what they want to hear. I know what they want me to keep. Usually, ideas that come from a non-drummer tend to be different and fun. I usually keep a lot of their ideas.

After doing some research, it is clear everybody in the band is very proud of this album. What elements do you want to bring towards the next?

R: This album had a lot of substance to it, the strings and stuff like that. I think it’d be cool to continue exploring that kind of stuff, so it’s not just full of riffs. Specifically, I don’t know yet.

S: I agree. I think this is definitely more adventurous for us, but that’s what bands are supposed to do. You can’t write the same record over and over again. Brining in samples and the strings was a risk, but it helped us write a better song and tell a better story. Each song stood out individually and I think that’s really important. It creates a feeling, a mood that accompanies lyrics. I think it’s the most mature thing we’ve done. We’re not out there trying to be the fast band. There’s more to it and i think exploring more than just playing fast is working.

Will you guys go back to Audiohammer?

S: We just feel so comfortable with them. 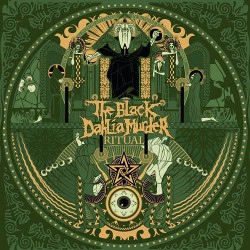 I haven’t always been a fan of you guys. What do you think the most effective way to increase your fan base is?

R: I ask myself this a lot. I think there is so much that goes into increasing your fan base that’s not even musical.

R: Totally. As far as your songs go, we need to have good choruses, riffs that you can groove along to.

S: It is about the song at the end of the day. It needs to make sense and it needs to be catchy.

S: The lyrics need to repeat, something that gets stuck in someone’s head. The other side is marketing. A giant chunk of our population believes anything the media tells them. If media is constantly shoving and saying, “This is the band!” then everyone thinks, “Well, this must be the band. I like them now.” It’s kind of sad because sometimes people like songs that really aren’t even good or people like stuff that other people think is cool.

What is the best show you have ever spectated?

S: I saw Journey from side stage. Really memorable.

When is the last time you guys were in a mosh pit?

R: I was never really into it. I prefer to be a spectator.

S: I’m kind of the same. I never really cared.

What was the last app you downloaded?

S: ADT Home Security. I was staying with a friend and they got me all set up with it.

You guys ever get into Instagram, Tumblr, Spotify, or any other of the lesser social networks?

R: I thought I wouldn’t use it as much, but now it’s probably the most addictive of all the social media stuff.

They got bought for $1 billion.

S: I think DrawSomething is going to flop.

I’ve already seen it start to flop. Most of my games have lost interest.

S: The problem is as soon as you get ten games going, it’s impossible to keep up. Then, you get people to start nudging you all the time, you don’t even want to mess with it. I’m not doing this. I think I have like eleven people waiting on me to draw something. Do you know how long that takes? It takes too long.

Only Ritual is on Spotify. Do you guys play any hand in what content is provided to Spotify?

R: I think Metal Blade handles all that. I don’t even know how it works.

Congratulations on ten years as a band. Is there still a musician or idol you want to meet? 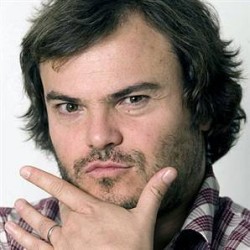 He was awesome in the new Muppet movie.

What do you guys want to say to your fans right now?

R: Thanks for coming to our shows and picking up our albums, we wouldn’t be here if it weren’t for that.

S: Thanks for sticking around and passing along the word to the younger generation.

Anyone you want to plug?

Check out Battlecross, they’re new to Metal Blade from Michigan.