Greetings my sweet cretins and Happy New Year to you all. I, Nich The Hair, deliver to you my top ten metal albums of the year. We here at Metal Riot saw some phenomenally brutal offerings, and some flat out terrible ones as well, this past year from many of the front runners of metal. Picking and choosing this was hardly an effortless task.

So, without further ado, I humbly submit my selections and await the virtual bitch slapping you psychotic know-it-alls are dying to administer. 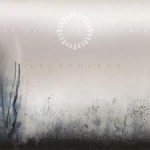 This was a deeper album then it’s self-titled predecessor. Weightless emanated so much thought, calculation and in-depth precision, it left me feeling completely immersed in its composition. However, there were only two songs that went over 5 minutes, a true delight on their debut. Harrowingly beautiful, Animals As Leaders continue to push themselves to retain such a unique sound. Also, this was one of my favorite shows of 2011.

9 Arsonists Get All The Girls – Motherland, Century Media 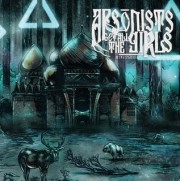 Fucking amazing. You need this in your life. Santa Cruz death metal amazelingtons Arsoninsts Get All The Girls bring some best coast aggression in full flex. This marks album two for vocalist Jared Monette and dude has really hit his stride. Musically, this disc is in your face all the time, an unstoppable and invigorating audio assault. Definitely knew this would be on my list and in my ears as I go parkour up the fucking Empire State Building.

Check out: Hemlock Like This, Will Someone Please Turn Down The Ocean?, and West Cliffs 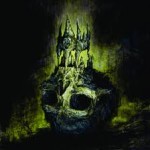 With Roots Above and Branches Below + Zombie EP = Dead Throne. Simple formula, awesome results. While The Devil Wears Prada has yet to get really nasty in the scorching solo realm of guitar stylings, they still deliver a deafening and strong album. Part of Dead Throne was recorded in Kansas, spurring a song with my home state’s name. Definitely not one of my favorite shows of 2011. Mike Hranica owes me $50.

Check out My Questions, Pretenders and Kansas 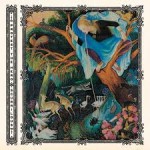 These guys make me laugh so much. The studio updates easily squelched the anticipation for a new album. Fueled with beer and beards, this was a fun pre-release to follow. The album had some good replay value and I listen to this one a lot. I was disappointed to see less of a presence from Arif and that sweet, slappy bass, not to mention the vicious low vocal belts. Rody!Rody!Rody! 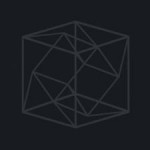 Another newbie, TesseracT’s progressive and very clean crunch really appealed to my more elaborative and precise skew on things. In contrast, I also enjoyed the freedom with which they so effortlessly play. Then, shortly after the release, they parted ways with their singer and my world came crashing down. I saw them live and their new singer is a show off, but he’s good. I was trying to replace and reconfigure my face after the band had melted it off however. Damn they are good. New album Neophobia coming sometime this year hopefully. I’ll definitely be getting it. 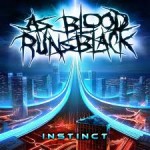 This album had me on the ropes the whole way though. Just flat out nasty beats that made me feel like my dome was permanently affixed to the bass drum. Thanks Leche. Instict is a fast-paced, balls to the wall smash fucking party that will steadily fuel my body with sweet adrenaline again and again. This was my first exposure to these LA natives and I am definitely keeping my digital eyes out for As Blood Runs Black.

Check out Instinct, Resist and Divided 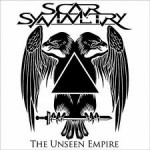 Wow, this one definitely ran up to the front of the pack for me at the end of ‘011. Released back in April, I gave it a half-hearted listen and filed it in comparison with their last release and my interest catalyst, Dark matter Dimensions. I knew that I liked the clean tenor and the disgustingly guttural dual vocalists and the power metallic guitar and drum when I first got into these Swedes. Little did I know, that The Unseen Empire would consume my life and forever have its devious hold on me.

Check out Extinction Mantra, Alpha and Omega and Rise of the Reptilian Regime 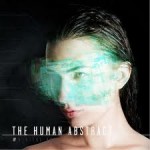 File this under too good to be true. Digital Veil finally captures the best of The Human Abstract and then it fades away. Super-human composer/guitar virtuoso and founding member AJ Minette returns to the band, giving some much needed creativity and complexity. Then, add new extremely talented vocalist Travis Richter to replace and become vocal owner of Nathan Ells. Seriously, he fucking owns him. Then It turns out he was actually a little girl, and quit the band to pursue production. Guitarist Andrew Tapley was asked to leave more or less, and then everybody just says fuck it and starts selling their gear on facebook. Worst fucking idea ever. Digital Veil, albeit under an hour, is a fan-fucking-tastic album, exuding a truly  grand composition, and subsequently, the only one of it’s kind. RIP.

Check out Horizon to Zenith, Faust and Antebellum 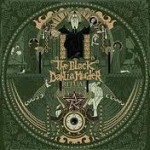 It’s not hard to see the chops these guys have, but Ritual solidified my status as a fan. I suppose the more predominant melodies are what really keeps me into this release from The Black Dahlia Murder. Their vocalist is adequate, but the musicianship of the rest of the band triple eclipse him. This album really showcases the band coming together and an impenetrable unit, prepared to decimate all who block their path to brutality. 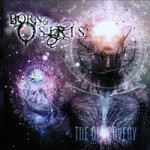 Hands down bitches, I immediately knew this was the best of ‘011 when it was released back in March. When I asked Born of Osiris what they discovered about themselves during the recording process, the reply was: “we can do anything.” The album was produced solely by the members, which at face value, sounds like no big deal. Once you get into the heart of The Discovery, you can see how masterfully crafted and ambitious this sophomore album is. I saw them live and it was fucking insane, but i wish there were more people there, some of those stage dives didn’t go so well. What did go over well was the growler of Ad Astra Ale from Freestate Brewery I brought for the boys. I’ll rememeber to bring more next time, promise.