2011 was an interesting year for metal, with classic bands attempting to re-invent themselves while the youngsters tried their damnedest to get noticed in a genre packed with talent.

Ten albums crossed my mind as the best in metal, and while they aren’t all drop-D and chug chug chug, they do showcase every aspect of diversity within metal.

Without anymore wankery, here are my picks for best ten metal albums of the year: CLICK HERE

First of all, I know some people will look at a choice or two and say “No way bro, that’s not metal! They only have one guitar! The guy sings like a girl!”

Save it. Metal comes in all shapes and sizes and sometimes it includes grandpa’s guitars. Also, I didn’t pick Anthrax. Just know that now. 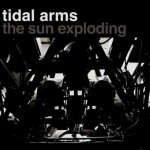 This is my surprise pick of the year and after seeing this band open for Glassjaw, I had to buy their album. Mostly, the song “Hair and Teeth” was one of the best I heard in 2011 and their raw trio power captured the part of my soul that fell in love with Chevelle’s first album. We can debate on the genre, as most would consider them “post-punk,” but I think every metal fan has a side of them that likes their rock clean instead of dirty, at least some of the time. 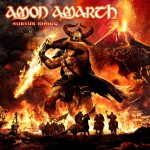 I’m not a huge Amon Amarth fan, but With Odin on Our Side got them back on to my personal radar. Surtur Rising was a make-or-break for me, and it defintiely made it. These Viking warlords stick to their guns, which seem to be triple-barreled and full of heavy metal bullets. There is something undenyiable about the groove they settle into on both the vocal and sonic front. 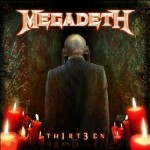 Other than having the worst spelled album of the year, Megadeth impressed me by rebounding from a soft release in Endgame and following it up with something that feels more comfortable amongst their late 80’s/early 90’s classics. As long as Mustaine continues to write comic book-influenced lyrics and surrounding himself with the best young talent, he can keep putting out great records for the next two decades. 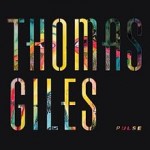 Surprisingly better than Between the Buried and Me’s new album, the diversity found in Pulse might end up having more lasting power than a lot of my choices. His piano-playing, dark vocals, and attention to detail blends in well with the over-the-top yet under-the-radar sound Giles is known for. If this was Giles’ best attempt to “Mike Patton” into a new niche, then he succeeded. Sure, more guitar solos and double-bass would have made for a better album, but would it have made sense? 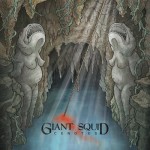 If only this band made ten albums a year, my life would be complete. And if only Cenotes was as good as their prior album, it would have blown this list away, as that was my favorite album of 2009. It hits a lot of the same notes, but this time with a more elongated approach, going for five huge songs over 30 minutes. The biggest problem is that it feels like half of an album. A little more variety, it would have probably been my top pick of the year. Either way, cellos rock and so does Cenotes. 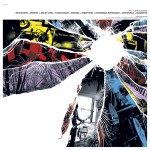 Ah, yes, the most bad-ass album on this list. Some call them punk, some call them metal, I just call it good fucking music. Rarely does a band go on hiatus and have it affect me, but not having Cave In music is like never going to a restaurant: sometimes you just want the good stuff. The vocals are blistering, some of Steven Brodsky’s best. Five years later, it hasn’t grown on me as the near-immaculate Perfect Pitch Black, but damn is it good to hear these guys again. 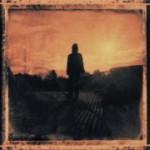 Few people write songs, play guitar, or hone their craft as well as Steven Wilson and this semi-prog, semi-metal, all-amazing album that shows off just about every aspect of the Porcupine Tree frontman. While the atmosphere of a full fledged PT album isn’t there, the diversity and profound songwriting takes this solo project to another level. Fans of Opeth will see a similarity in their new “sound,” but the arrangement is getting closer to Frank Zappa territory (in depth, not style) than Slayer territory. 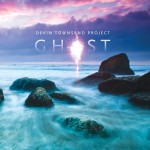 Ghost takes listeners on a journey reached prior only by titles like Opeth’s Damnation. The meditative piece shows Townsend’s softer side, which, while certainly not as scary as the bald maniac, is filled with just as much wisdom and skill. His guitar playing is given room to roam, although it is his writing that proves to be the best aspect. Sometimes somebody writes music that just speaks to your life and experiences, and DT seems to do that with almost every album. 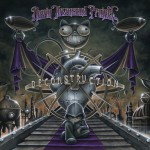 This album is polarizing for many, many reasons, but all of them good. The songs are obnoxious, both in length and tone; the lyrics are insane and fourth-wall breaking; the music blends circus noises with seven-string baritone guitar. It’s the psychotic creation of a mad scientist, a suit Townsend enjoys wearing. It’s dumb enough for the Cannibal Corpse fans, technical enough for the Meshuggah nerds, and brilliant enough for those looking for both humor and enlightenment in the same album. 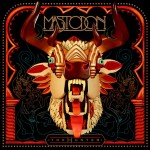 What does it say about metal when Mastodon puts out the best album of the year? To me, it means that the baton has finally been handed off and Mastodon is running as fast as they can. Frankly, nobody writes riffs as badass, has manlier members, and let’s not forget that Brann Dailor is the best living drummer in music. Not just metal, not just rock, but in all of music. The Hunter encapsulates all that made Leviathan ground-breaking, Blood Mountain heart-pumping, and Oblivion soul-rapturing. I don’t see how they manage to top themselves, album after album, but the path they are taking might launch them to heights rarely seen by modern metal bands.