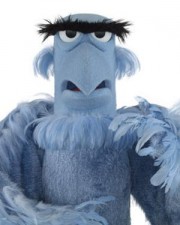 I am an Eagle. I like Death Metal. Is this morally compatible?

It was a crazy week for all types of metal, period. I need to vent…er, report the facts.

This is still the best song of the year yet.

Megadeth have been seriously damaged by a Skrull attack planned by Obama. Sorry, let’s end the madness. I hear it was actually just Dave Mustaine bugging out. Skrulls don’t exist. But, there is hope. Metal Riot did an awesome interview with Marty Friedman this week and he is not crazy and reissued 3 great albums on Prosthetic.

Meanwhile… you can go buy the awesome new Ministry album for some actually important political views in the metal world, or you can be entertained reading this. I would like to add that being part of Occupy doesn’t mean you automatically hate rich people, just inequality. Impoverished Wall Street hating Megadouche fans…go worship someone who actively despises you.

Oderus from Gwar recently called Dave Mustaine a “G.C.F.” (not gonna tell you what that stands for). If anyone wants to start a liberal era Megadeth cover band and just play the anti-G.Bush pt.1 song ‘Foreclosure Of A Dream’ over and over, let’s make it happen.

What else? Baroness are ok but have some broken bones and busted other stuff after a bad crash (not as bad as that Candiria one a bit back). Let’s wish them a speedy recovery. We love them.

Paul Ryan loves Rage Against The Machine. Um…on behalf of all sane birds and humans…that is funny. Tell Ayn Rand that government and big business are the same thing now, so her book is now sci-fi. You say jump, we say how high.

Last but not least, Trash Talk started the best hashtag of the week: