Swedish death metal band Hypocrisy have released the title track and artwork from their upcoming album End of Disclosure. The album will be the twelfth studio album in Hypocrisy’s long career and will be released by Nuclear Blast. End of Disclosure is a follow up to the bands 2009 An Extreme Taste of Divinity.

You listen to the song here.

Tagtgren states:
“This time I wanted to go back to basic, felt like we lost it for the last couple of albums , it’s straight to the point, it’s more Hypocrisy than ever, the fast, the heavy, the epic.. Enjoy!” 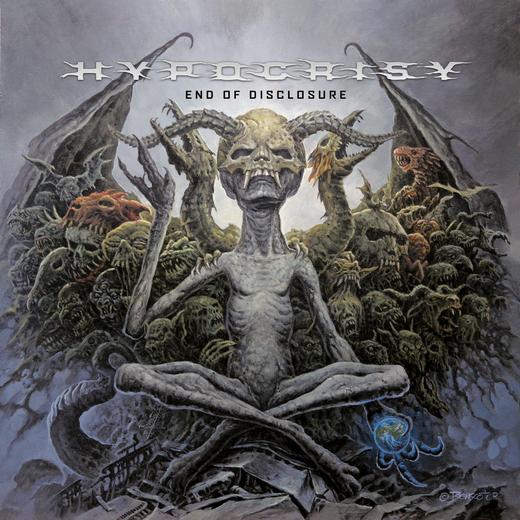 The album artwork was created by Wes Benscoter (Slayer, Kreator, Nile, Vader, and others)