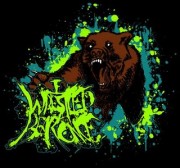 L.A by way of LA metal band iwrestledabearonce have debuted the song “Thunder Chunky,” as well as the artwork, from their upcoming album Late For Nothing. Late For Nothing is the bands third full length and the first to feature new vocalist Courtney LaPlante after the 2012 departure of Krysta Cameron.

You can see the artwork/listen to the music here.