Music: Neurosis – “We All Rage In Gold” 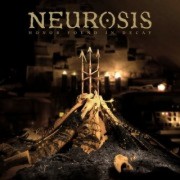 California doom metal band Neurosis are streaming the opening track “We All Rage In Gold” off their upcoming album Honor Found In Decay. The epic new song clocks in at around six and a half minutes and lives up to what we have come to expect from the band over the years.

Honor Found In Decay is Neurosis’ 10th studio album and the long awaited follow up to the bands 2007 release Given to the Rising. Honor Found in Decay is set to be released on October 26th via Neurosis’ own Neurot Recordings.