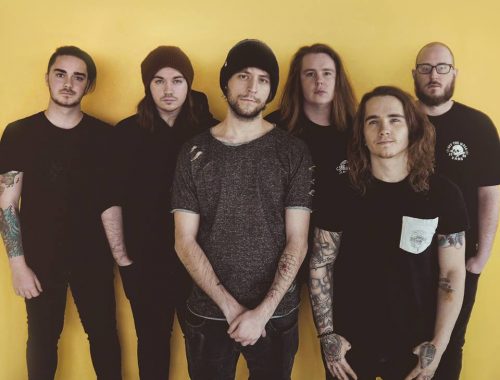 “Bridges” is our first single with our new singer, Mike Julian. Mike’s got some amazing pipes and so we wanted to take advantage and experiment with some heavier vocals and screaming while still continuing with the natural musical progression of our sound. 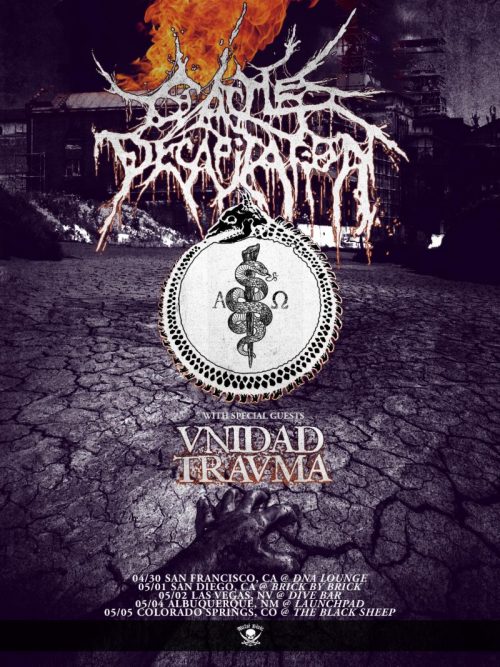 CATTLE DECAPITATION will kick off a five-date mini-tour with special guests/grindcore merchants Unidad Trauma next week. The journey will rampage its way through San Francisco, San Diego, Las Vegas, Albuquerque, and Colorado Springs. See all confirmed dates below.

CATTLE DECAPITATION released their Medium Rarities full-length last fall via Metal Blade Records. Featuring six previously unreleased pre-Human Jerky demos (1999) with frontman Travis Ryan on guitar (while also handling vocal duties), plus the long-sought-after To Serve Man (2002) bonus track, “Rotting Children For Remote Viewing,” as well as the six songs from 2005’s split EP with Caninus and other rarities, the collection spans the band’s twenty-two-year long career and is a must-have for any CATTLE DECAPITATION devotee.