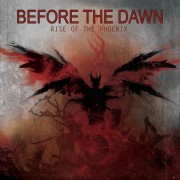 Finnish Melodic death metal group Before The Dawn have just released the official video for their song “Pitch Black Universe”.  The song is taken off their forthcoming album Rise of the Phoenix, due out April 27, 2012 on Nuclear Blast.

In June 2011 Before The Dawn lost bassist and vocalist Lars and drummer Atte. Lars for personal reasons and Atte for musical reasons, but it’s obvious from the video that it hasn’t slowed them down.

You can see the video for “Pitch Black Universe” right here.

More On: Gothic Metal, Video, Before the Dawn, Nuclear Blast
share on: