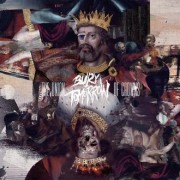 UK metalcore group Bury Tomorrow have released a music video for the song “Knight Life.”  The video was both produced and directed by Sitcom Soldiers.

“Knight Life” comes from the band’s second album, The Union Of Crowns, which was released on July 16 via Nuclear Blast.