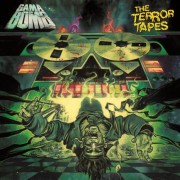 Irish thrashers Gama Bomb have just released a music video for the song “Terrorscope.”  The track comes from the band’s upcoming album, The Terror Tapes.  Artwork for the album was taken care of by veteran movie poster artist Graham Humphreys who has done artwork for movies like Evil Dead and A Nightmare On Elm Street.  This is definitely someone who should be doing way more metal covers as you can see after the jump.

To check out the video and album artwork click right here.

The Terror Tapes is scheduled for release April 19 in Europe and May 7 the U.S. with AFM Records.  This will be Gama Bomb’s fourth studio release and the follow up to 2009’s Tales From the Grave In Space.  The band recently had this to say about the album and its art:

“We faced down a lot of challenges to make this album. We’ve been through surgery, injuries, a member departing and the occasional dose of the shits, but we’re finally there and it’s sounding completely badass. Some bands struggle to change themselves from album to album, but we don’t. Our aim with this album, just like all our other ones, is to do what we do even better.”

“We grew up in terror of VHS covers painted by Graham, but we never knew his name.  We found him, had the audacity to chat to him, and now it’s a dream come true to work together and to see the astounding work he’s done for us.

The cover shows a man being consumed by a giant, living tape machine. It’s got the feeling of a grubby old 1980s video sleeve, I think. It ties in perfectly with our obsession with old technology and mad horror imagery. It’s the best album cover we’ve ever had. Everyone else’s album art sucks because of this.” 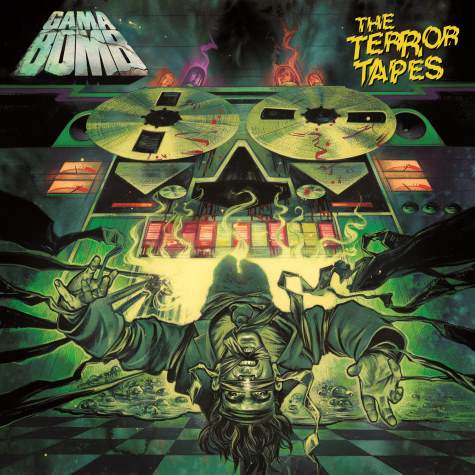