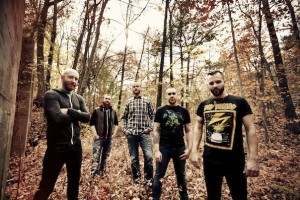 The beginning of the week saw Killswitch Engage premiere a brand new video for their latest single, “Always.”  The single is taken from last April’s Disarm the Descent, released on Roadrunner Records. The video sees the band experimenting with a narrative form as none of the members appear in the video.  Instead, the plot revolves around the relationship between two brothers.

Killswitch Engage are currently on a co-headlining tour of the U.S. with Lamb of God with support from Testament and Huntress.

Directed by McFarland and Pecci, the same duo who directed the the video for Disarm the Descent‘s first single, “In Due Time” as well as the documentary that accompanied the deluxe edition of the album.

Regarding insight into the video’s concept, frontman Jesse Leach had this to say:  “I worked closely with McFarland & Pecci on this. This song is a unique one on the record and I wanted the video to really stand out, to mean something. I started off telling Ian McFarland and Mike Pecci (McFarland & Pecci) the clichés of music videos that I didn’t want, then proceeded to basically tell them where the song came from and the imagery I had in my head while writing it. I think they pretty much nailed it when they sent me back the storyline. I added and took away some ideas and asked for specifics to be put in. I am proud to say when I watch it, those little details make all the difference for me.” [youtube]http://www.youtube.com/watch?v=wEEsWEOqpGY[/youtube]