Music Video: Vinterblot – “Upon a Reign of Ashes” 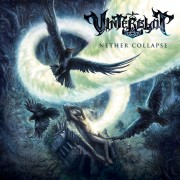 Italy’s own savage Pagan death metal band Vinterblot has released a video for the song “Upon a Reign of Ashes”.  The song is the first single taken from their January 2012 Rising Records release called Nether Collapse.

The video for “Upon a Reign of Ashes” was directed by Salvatore Perrone ( DevilDriver, A Day to Remember, Suicide Silence, Fleshgod Apocalypse etc.) and is inspired by Ingmar Bergman’s swedish cult movie “The Seventh Seal”.