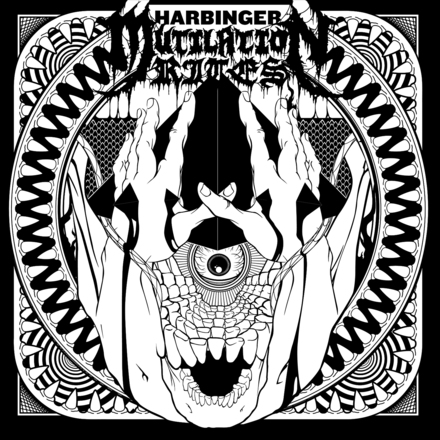 Brooklyn-based black metallists MUTILATION RITES have unveiled an explicitly grim and dismal music video for “Contaminate,” a track from last year’s acclaimed release Harbinger. Directed and produced by guitarist Michael Dimmitt along with assistance editing from Mitchell Luna (Meruta), the video can be seen premiering on CVLT Nation HERE .

Dimmitt discussed the video’s creation process, stating: “Coming up with the concept for the music video for ‘Contaminate’ was quite simple. The subject matter of the song deals with impending doom of the apocalypse, radiation sickness, and the suffering that war brings about in general. We combined disturbing archival footage from atrocities committed in the last century with a live show we played at Saint Vitus, in Brooklyn, to create a visual aesthetic to match the bleak subject matter and overall feeling of despair that we attempted to create when we wrote this song.”