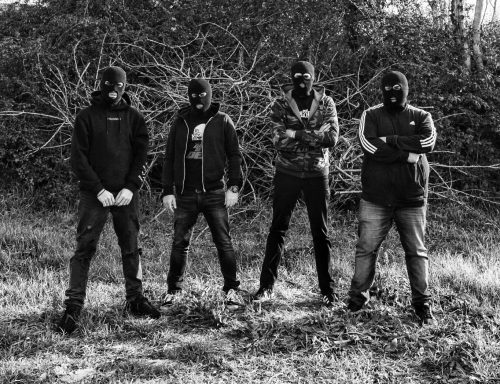 Hey everyone. So wow, I had a crazy week. I have been in the hospital for a week and finally emerged in a Twilight Zone-like calm to a glowing parking lot after a huge Isaias related storm had passed that I filmed out my hospital room window in Kingston, NY. I was super sick and didn’t know I had new onset diabetes. My A1C was like 14.3, so super shitty. Thankfully I don’t have COVID like I thought (though I was confused cuz I have been super careful). But yeah, I have almost never been sicker in my life and it feels beyond awesome to be back home with my cat, listening to Emma Ruth Rundle’s On Dark Horses and feeling the absolute luxury of a fan blowing on me in bed. Lol. It is the little things after a scare like that.

Basically, I kind of have to keep my cool and act like Obama now – as in, stay chill no matter what the hell is going on (does that mean I can drone people still though?) and really monitor my sugar levels. For someone with an insane history of not taking the best care of myself at points in my life, I should still count myself lucky. And I can still write to you all about head caving metal and punk. So let’s get on that.

First, some killer grind from Italy! “Jesuscrust Superscum” rocked my face off!

NAPOLI VIOLENTA was born in the Neapolitan hinterland in 2018. Four old exponents of the Neapolitan metal/HC punk scene whose identity remains unknown and shrouded in silence started collaborating to conjure up the most dangerous kind of extreme music. The intent was immediately to merge Poliziottesco – a subgenre of crime and action films that emerged in Italy in the late 1960s – and Grindcore, two worlds, two revolutions that at first sight couldn’t be any more distant, but both renowned for being cynical, infamous and violent.
The project therefore takes its name from the film of the same name directed by Umberto Lenzi in 1976, “Napoli Violenta”, the second chapter of the “Trilogia Commissario Betti”, starring Maurizio Merli and with a soundtrack by Franco Micalizzi. Musically, inspiration is clearly drawn by early Napalm Death, Terrorizer, Repulsion, Carcass, Extreme Noise Terror, Brutal Truth… the logo itself is a clear example of “pezzotto” (fugazi art), which represents a tribute to the genre.

NAPOLI VIOLENTA are proud to announce that they have signed a worldwide contract with Time To Kill Records, joining the label’s growing roster which includes some acts I love like 5Rand and Shockproof. I am gonna post the band’s nice tribute to John Saxon below, since I was super sick and didn’t get to post anything when he died. Anyway, stay tuned for more from this band cuz they absolutely destroy our collective asses.

Anyway, thank you everyone who loves this site and it is good to still be here. I spent days like on the edge of a potential coma and could barely move, so it feels amazing to be human again.