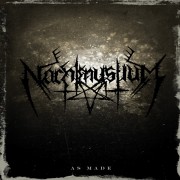 Chicago black metallers, Nachtmystium, have released a new song entitled “As Made,” off their upcoming album “Silencing Machine.” “As Made” is the first single to be released and the new album will be the band’s third with their current label.

“Silencing Machine” will be released May 15th through Century Media.