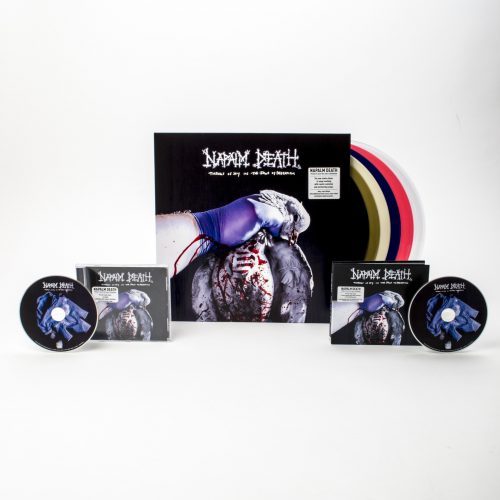 Many cheers to U.K. grindcore pioneers Napalm Death, who released their new studio album Throes of Joy in the Jaws of Defeatism on Friday via Century Media Records. The legends have seen the album place highly on several international sales charts:

Throes of Joy in the Jaws of Defeatism is the highly anticipated follow-up to 2015’s acclaimed Apex Predator – Easy Meat album and the sjxteenth studio album effort by Napalm Death. It was again recorded with longtime producer Russ Russell and features artwork by Frode Sylthe.