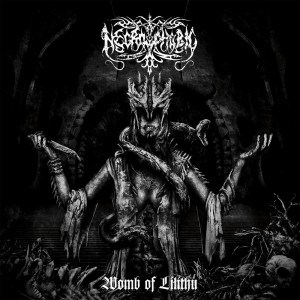 Swedish black metal act Necrophobic has announced that they’ve officially parted ways with their vocalist, Tobias Sidegård. This came after a Swedish appeals court found Sidegård guilty of assaulting his wife and given a prison sentence of six months. Originally, he was found guilty of “gross violation of a woman’s integrity” (whatever that is supposed to mean in Swedish law) and given eighteen months, but the appeals court brought the sentence down.

The band released a statement on their Facebook page today saying:

“Tobias is no longer a member of NECROPHOBIC. The verdict following his trial regrettably left us, the band, with no other choice. As stated before, NECROPHOBIC do not accept or tolerate domestic violence in any way.

We will now search for a replacement.”

This awkwardly comes right before the band releases their seventh album, Womb Of Lilithu, on October 29 via Season of Mist.