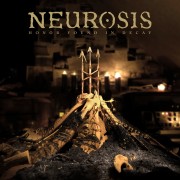 Legendary post-metal band Neurosis have announced a few dates for their upcoming U.S. tour. The tour is set to begin in late December and will be in support of the bands newest album, the 2012 release Honor Found in Decay.

You can see the official press release and tour dates here.

Honor Found in Decay is Neurosis’s tenth studio album and was released in October via Neurot Records.

“Neurosis has this week disclosed details on new pending live actions across the country in support of Honor Found In Decay.

Newly locked-down Neurosis performances are now set to take place late this year into the first week of 2013 in Atlanta, Los Angeles and Seattle, with tickets for all three shows set to go on sale this Friday, November 30th. Additional tour actions for the group will be announced in the days ahead.”