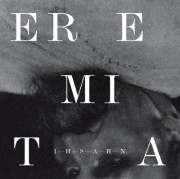 Reflecting on the recording process Ihsahn notes, “this is right where I want to be musically, with lots of room for dynamics and expressive variety. Tobias and Jorgen have really added to the organic vibe I was going for and have contributed to the overall feel with their fantastic musicianship. And to have Devin, Jeff, Einar and Heidi adding their special moments, I am very privileged to be able to work with such a talented group of people. I really feel this is some of my most inspired work yet.”

The album’s packaging, created by award-winning Spanish designer Ritxi Ostariz, the album’s track listing, and a special two-minute video preview for Eremita, featuring audio segments from the record and exclusive footage filmed during the album’s creation, can be viewed here.

Eremita begins a new musical chapter for the highly regarded musician; his previous album, Norwegian Grammy Award Nominated After (JDKleinhans’ #1 Metal Album of 2010), forming the final part of a planned trilogy on its release in early 2010. Offering nine new songs to his growing worldwide audience, Eremita is the longest and most spirited of Ihsahn’s solo recordings.

Exhibiting Ihsahn’s highly-trained guitar and keyboard skills, Eremita (latin for hermit) is a journey that is sure to find an expanded audience for the revered 36-year-old. Guitar World senior editor Brad Angle says, “with Eremita, Ihsahn proves yet again that he is one of the most influential, progressive and enduring musicians to emerge out of the classic Norwegian black metal scene.”

MetalSucks editor Vince Neilstein says, “ Ihsahn just keeps getting better and better with every album he releases. He’s really come into his own as one of the most talented musicians and songwriters in all of metal, and his distinct, singular sound has come a long way from his days in Emperor. I cannot wait to hear this record.”

Ihsahn’s prodigious and prolific talents have been at the forefront of heavy music for the past two decades. He began his career at age thirteen as a member of what would become fledgling black metal crew Emperor. As a band, Emperor would both define and refine metal, pushing the boundaries of what was considered possible within the most arcane of art forms and taking some of the most adventurous and extreme music of all time to a huge global audience. With albums like seminal In The Nightside Eclipse (recorded when Ihsahn was only seventeen), and Anthems To The Welkin At Dusk, Emperor obliterated all-comers and became one of the most revered metal bands in history. After the release of their final masterpiece, Prometheus: The Discipline Of Fire & Demise in 2001, Ihsahn announced that the band were to part ways to enable himself and his colleagues to pursue new creative avenues.

Ihsahn performed live for the first time on U.S. soil last autumn at ProgPower. The sold out three-Day festival was the perfect stateside avenue for the musician. On confirmation of the performance Ihsahn noted, “I am very excited to get the opportunity to play at ProgPower. Given the nature of my material, I believe this festival will be a great place to present it live.” Festival organizer Glenn Harveston comments, “Ihsahn’s ferocious intensity combined with his amazing musicianship completely won over the crowd. It was the best set of the fest for me.”

Eremita will be available on standard CD and a limited edition deluxe digibook (featuring an exclusive bonus track).

Eremita Track Listing:
1. Arrival
2. The Paranoid
3. Introspection
4. The Eagle And The Snake
5. Catharsis
6. Something Out There
7. Grief
8. The Grave
9. Departure
10. Recollection (deluxe edition only)

In case you were wondering, Ihsahn plays Ibanez Guitars, Blackstar Amplifiers, Line6 effects, and performs/edits his music with software from Steinberg and Native Instruments. 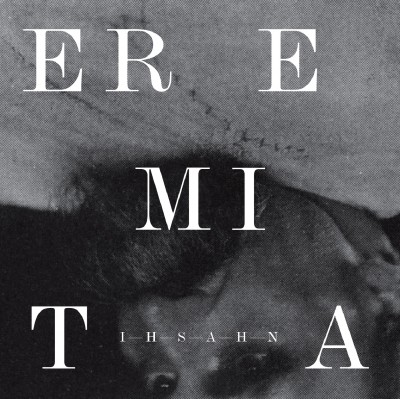